One of China’s largest year-round dog and cat meat markets is in Guangdong province, only one hour’s drive from Canidrome Greyhound Racetrack, Macau, where international greyhounds are being exported to race and die. While dog meat is illegal in Macau, it is legal in mainland China, where Guangdong province is located.

When unwanted greyhound dogs are killed at Canidrome racetrack by their trainers, it would be easy for dead dogs to be quickly driven up to Guangdong dog meat market, a little more than one hour away. We do not have solid proof of this as yet, but the importance of this possibility has to be considered. 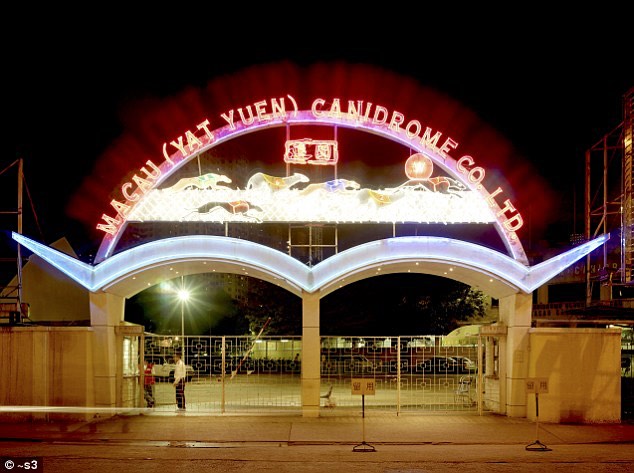 Animals Australia (AA), conducted the world’s first undercover report to expose the cruelty which exported racing greyhounds are forced to endure in China, Macau and Vietnam.

In Macau, AA reported the Canidrome Greyhound Race track is no more than a death row prison where every dog will be dead within three years maximum. Until their death, they are kept in isolation, in concrete pens. Greyhounds are literally running for their lives.

In China, AA reported injured greyhounds are sent to Shanghai Wildlife Park where they are fed alive to big cats and other predators, as food entertainment to be torn asunder and eaten.

Greyhound dog in Shangahi, bites the bars which keep him captive, as he waits to die.

In Vietnam, AA reported greyhounds are injected with insecticide and thrash in agony as their body twists and contorts. Routine live baiting and mass killings have been copied from Australia.

March, 2016: AA reported that in Macau, despite gambling on greyhound racing being illegal in mainland China, and an industry suspension on exports to Macau, Australian owners have been selling a steady stream of greyhounds into the region. Macau is their biggest customer. And with the big bucks made through the auctions of new arrivals, there’s no incentive to keep old, slow, or injured dogs alive.

AA describe describe the state of dog racing overseas as ‘The Greyhound Hunger Games.’ Winning is not a guarantee of survival. Even past champions who fail to finish in the top 3 for five races in a row are put on a “retirement” list (end of AA report.) 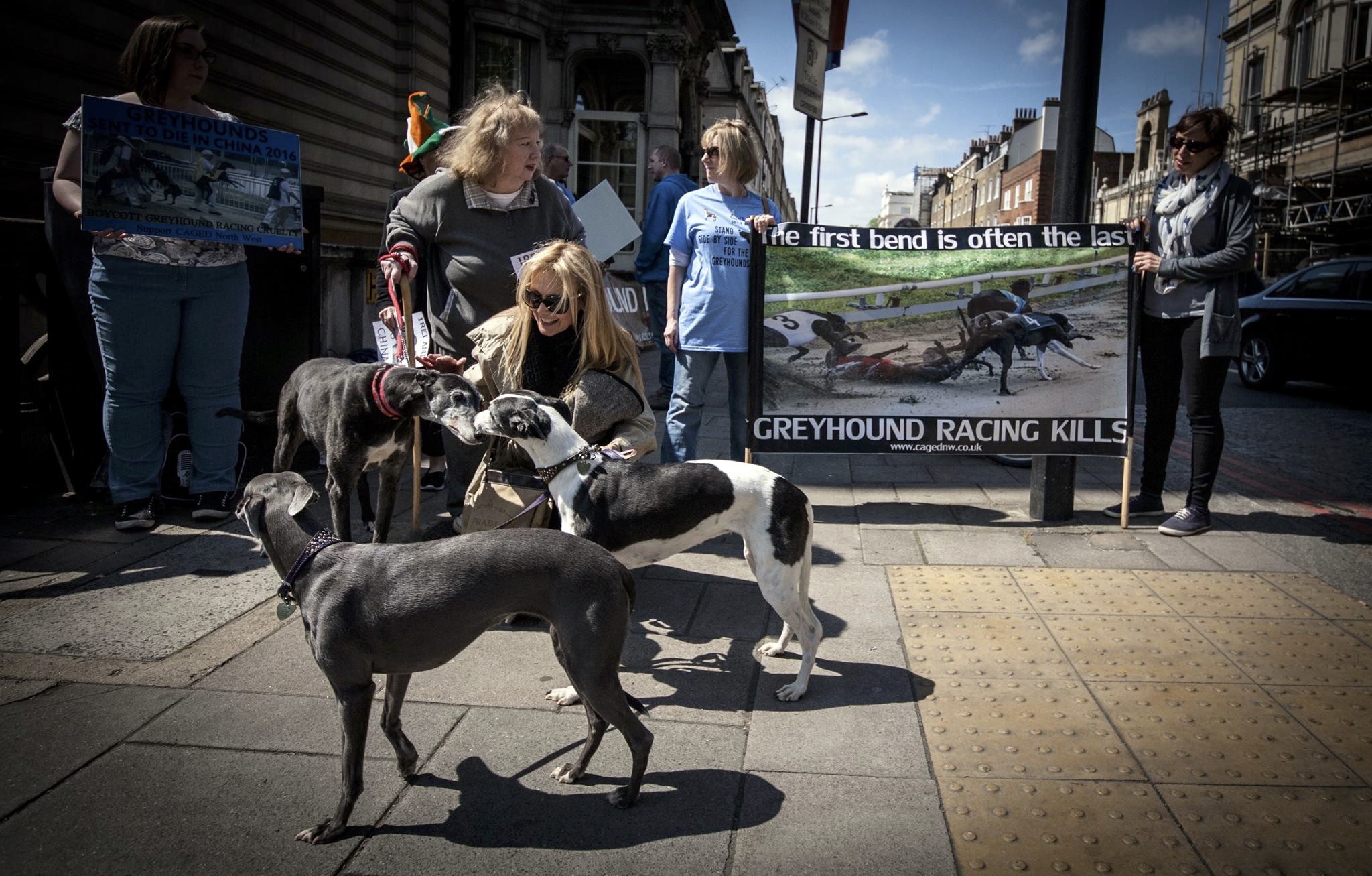 Irish demonstrators demanding the end of greyhound exports to Asia.

Earlier this week I had a conversation with Professor Cao, a Professor of Animal Law In China, and Animal Law In Australia.  We sat down and discussed greyhound racing in Macau and she clarified the following points:

Please watch the following video, aired on Australian television in  December 2015, on the ABC 7.30 Report , with undercover footage from Animals Australia. This is the fate of greyhounds sent to Macau, China and Vietnam:

Albano Martins, founder and president of ANIMA (Animal Protection Macau), is leading the fight to close the Canidrome racetrack down. Mr. Martins says: “Some of them only live two months after they arrive! Night time there is no vet there, no regulator supervisor in the kennels, no judiciary police checking if they are drugged or not. If a more serious accident happen they are killed by non-specialists. They run only night time. Up to January was 18 races per night from7:30 pm to 11:45. Now the Government reduced to 11:oo pm due to community complains.

Humidity in Macau reaches sometimes almost 90% and usually is very high (over 80% in summer time), and the temperature rounds 29c in summer time. The kennels have no air-con and they are not clean properly. They have only 9 trainers which clean also the pens. The smell of urine is very strong even outside in the street!” Read more: click here.

Dogs are not entertainers!

Help fight the export of dogs – and cruelty – to Asia for certain death.

How You Can Help 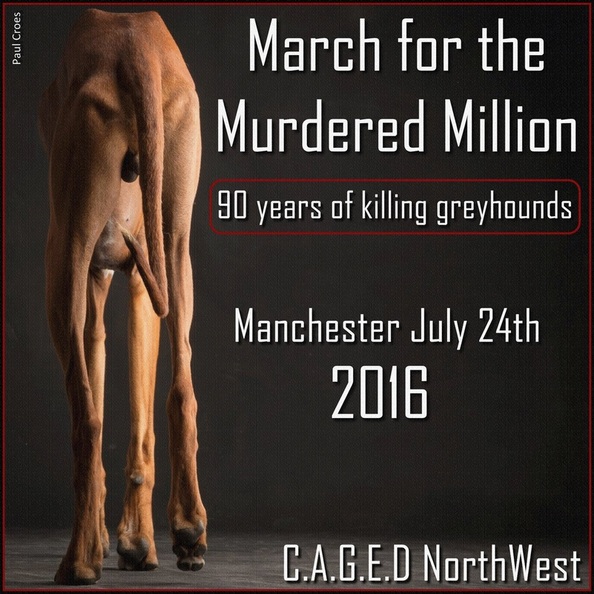 If you live in Manchester, UK.

Caged North West is a Greyhound protection group that is dedicated to the welfare of greyhounds from cradle to grave. Please support this organization in their fight to help Greyhounds in the UK. Read more: click here.

Animals Australia do phenomenal work for animals and expose animal cruelty with ground breaking undercover work in many fields of animal exploitation. Please support them and sign and share their petition, as they continue to fight for Australian greyhounds, and all animals in need. Read more: click here. 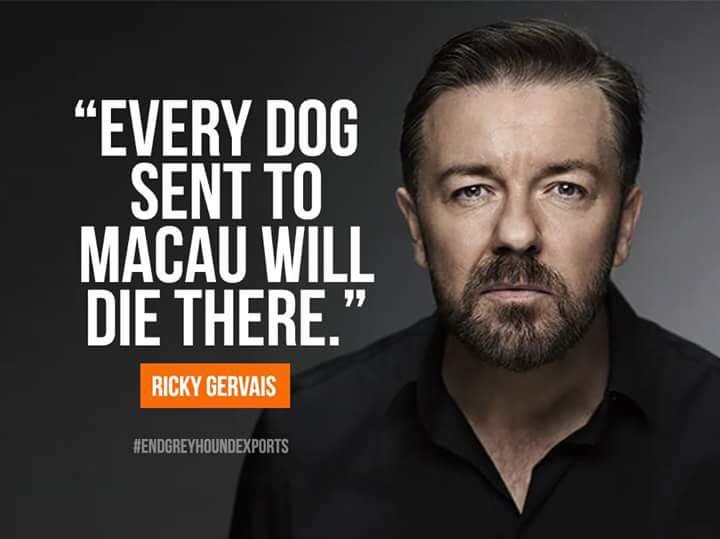 Halt The Exportation Of Greyhounds To China, Macau and Vietnam:
http://www.animalsaustralia.org/take_action/stop-greyhound-exports-macau-china-vietnam/

Fight Dog Meat has contacts in China who are working to find evidence as to whether racing greyhounds dogs are ending up in the dog meat trade, either dead or alive.

DONATIONS: Fight Dog Meat does NOT accept donations.
WE HIGHLY RECOMMEND the Vietnam Animal Aid And Rescue (VAAR), who save dog meat dogs and cats and run a Vet Training Education Program to teach local vets and trainees, humane practice on pets within Vietnam. Many local Vietnamese vets do NOT USE ANESTHETIC ON DOGS OR CATS DURING OPEN SURGERY!
VAAR’s Direct Paypal: cat.besch@gmail.com

One thought on “Macau: Greyhound Racing And Dog Meat”