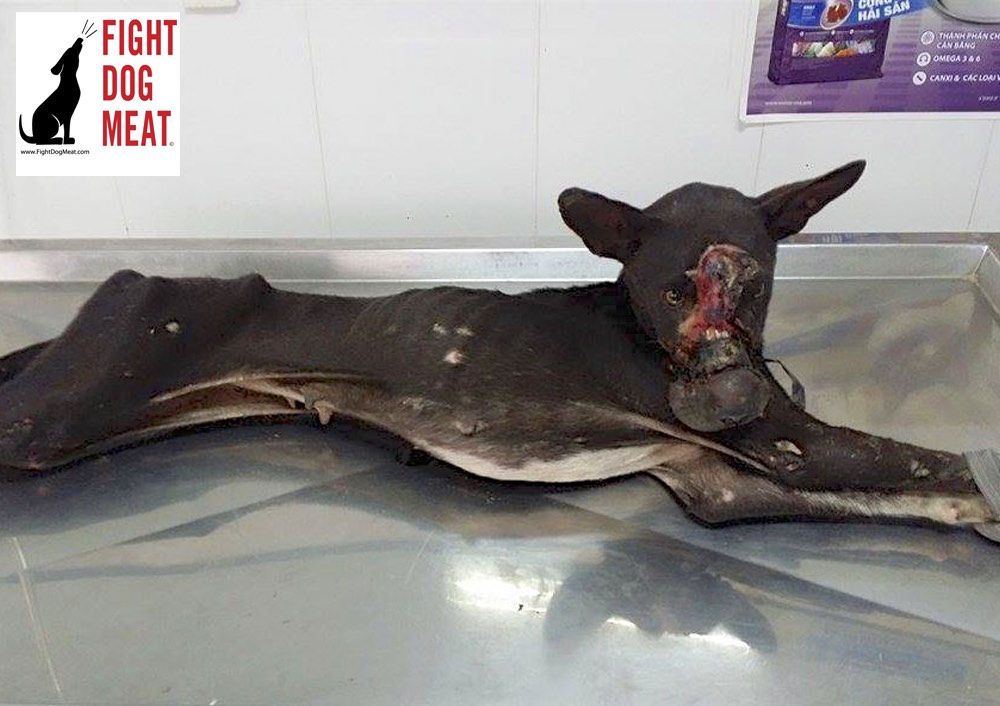 Vietnamese animal lovers are desperate for animal protection laws to be brought in and upheld in their country, and are calling for help. Local media is reflecting these concerns by increasing articles dealing with animal welfare and the social disharmony animal cruelty brings to the community.

Existing Vietnamese law stipulates stolen or confiscated ‘property’ must be destroyed by crushing or burning. Animals in Vietnam are often viewed as objects and therefore seen as property to be crushed or burnt. Animal protection laws are needed to clarify the status of animals as sentient beings.

One year ago a similar situation occurred in Hanoi, where Vietnamese officials seized one ton of live cats originating from China, which were bound for Vietnamese cat meat restaurants.The bamboo cages loaded with distressed cats were thrown off the truck onto the road, causing serious injury to many of the cats.

The cages were then lined up on the road and tip trucks were brought in to drive up and down over the top of the loaded bamboo cages, gruesomely crushing the live cats. It is believed the haul of cats and chickens confiscated earlier this month were destroyed in the same manner.

A new Vietnamese Animal Health Law came into effect on July 1, 2016. Note: it is an animal health law and not an animal protection law. Chapter III of the Animal Health Law: Quarantine of Animals, Article 38 says: animals must have quarantine certificates, must be healthy, not cause spread of animal disease or harm to human health.

Article 39: at transport hubs animals must match their quarantine certificate by size and number, with codes and veterinary stamps. The animals have to pass a status of health check and failing this, transportation of the animals and animal products shall be suspended and handled in accordance with the law for the whole country.

Note the words: “handled in accordance with the law.” This carries great significance. 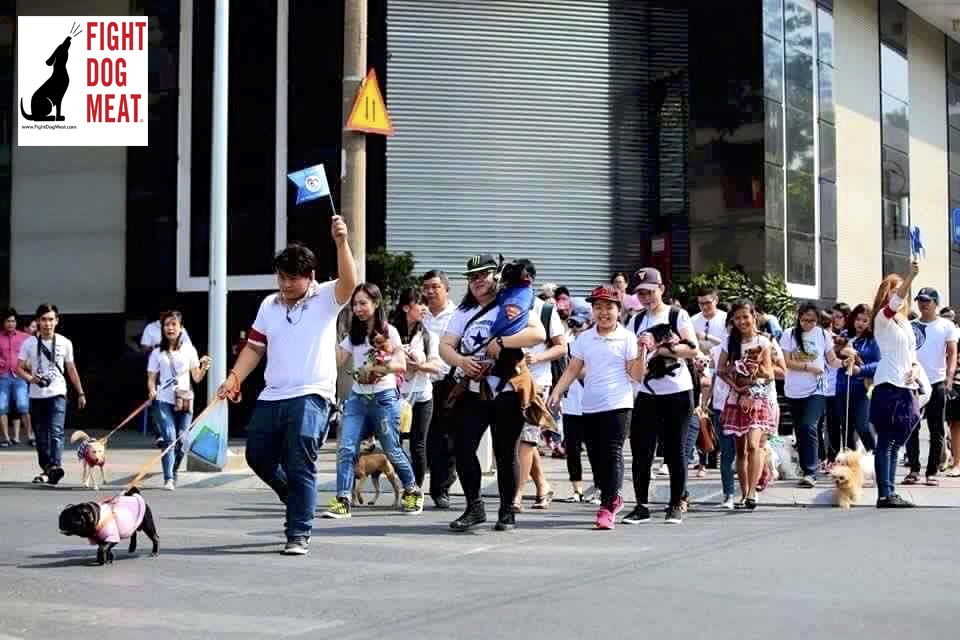 Dog and cat theft is only a misdemeanor in Vietnam, unless the value of the dog is over US$100 and the owner provides proof of ownership. Most Vietnamese pets are under US$100 and under the threshold for criminal charges to be laid. Dog slaughterhouses are scattered with discarded blood stained dog collars which are ripped off stolen pets during slaughter. The seriousness of this cannot be overstated.

Escalating violence from dog thieves toward pet owners has left many people in fear for their life, and their pet’s life. Vigilante justice is sometimes being served to dog thieves by local people, prior to police arriving on the scene and sometimes this results in loss of life. The photograph at the top of the page is of the Vietnamese dog “Newyear,” who escaped from a dog butcher with her mouth bound tightly shut and was rescued in Saigon, on New Year’s Eve 2015/2016.

A newly exposed area of animal cruelty in Vietnam is the fate of racing greyhound dogs, which are injected with insecticide to kill them, after racing too slow or becoming injured. Greyhound dogs being injected and dying in agony were filmed during an undercover investigation by Animals Australia, when researching live greyhound exports to Vietnam.

Its not only dogs and cats! The annual Nem Thuong Pig Slaughter Festival is where a live pig is tied down and cut in half for spectators to dip bank notes the pig’s blood, for good luck. Even the Vietnamese Prime Minister came out to support ending the festival, calling it “old fashioned, superstitious and negative.”

Vietnam has a history of harboring bear bile farms, often using bears which have been trapped alive in neighboring Cambodia’s forest. Couriers on their way to Vietnamese restaurants have been intercepted with freshly severed bear paws, for use in Bear Claw Soup which is seen by many as a sign of status. An undercover investigation by an Australian team a few years ago uncovered that most Bear Claw Soup customers in Vietnam, were wealthy westerners.

As wealth grows in Vietnam, so does the appetite for rhino horn, and other wildlife products, and live wildlife such as pangolins (or scaly anteaters), which have become the most trafficked mammal in the world. Live pangolins are preserved in wine as drinks, used for soups, or have their blood drained for drinking. They are being eaten out of existence. Pangolin scales are used for traditional medicine or as jewelry. 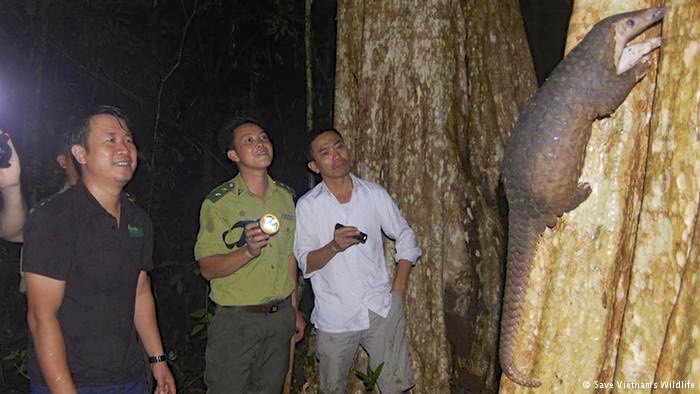 Vietnamese pangolin being released back into the wild.

In Conclusion: please share this article and help create awareness for Vietnam’s innocent animals in desperate need. Fight Dog Meat will continue to fight for Vietnam’s animals and bring you information from the Vietnamese animal rescue teams whom we work alongside.

DONATIONS: Fight Dog Meat does NOT accept donations.
WE HIGHLY RECOMMEND the Vietnam Animal Aid And Rescue (VAAR), who save all animals, including injured animals from the streets and dog meat dogs and cats. VAAR run a Vet Training Education Program to teach local vets and trainees, humane practice on pets within Vietnam, as many local Vietnamese vets do NOT USE ANESTHETIC ON DOGS OR CATS DURING OPEN SURGERY!
VAAR’s Direct Paypal: cat.besch@gmail.com