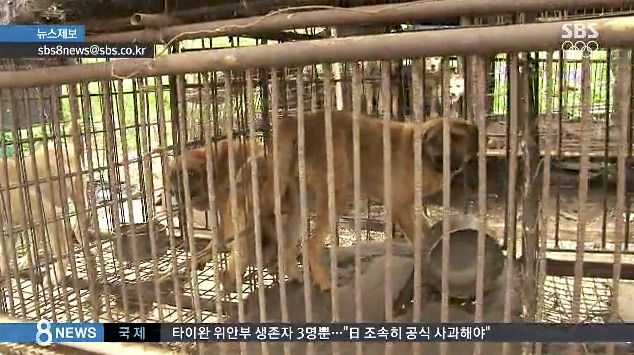 South Korea’s SBS television channel aired the animal lover’s protest on their news channel. The protest took place on August 16, the last day of the annual BokNal dog eating festival, which is split up into three main days, said to be the hottest days of summer.

The protest was held in front of a dog meat restaurant which is owned by a councilman’s wife. In South Korea the eating establishment is known as a Boshintang Restaurant, meaning dog meat.

The councilman was angry about his wife’s restaurant being targeted and stated: “It is an unfair way to show their expression targeting a specific individual. The business is already down so much and to have these protesters here is regrettable.”

To justify his wife’s business, the councilman said his restaurant only uses dogs from dog farms, which are bred to be eaten. However, if he is purchasing dogs from Moran Market, which is South Korea’s main dog slaughterhouses and killing rooms, Fight Dog Meat knows for a fact that unwanted pet dogs are deliberately sold by their owners to dog butchers at Moran Market, in exchange for cash, because I have watched it take place in real life when I spent a full week inside Moran Market a couple of years ago. 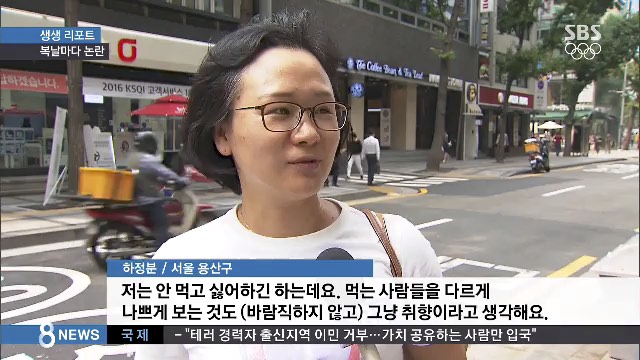 Mrs Ha being interviewed by SBS about dog meat availability.

A recent public opinion poll showed 44% of South Koreans are opposed to eating dog meat and 37% enjoy it and want it continued. 19% of people polled had no comment.

The SBS reporter spoke to a couple of local Korean pedestrians, such as Mrs. Ha: “I don’t eat dog meat and I personally don’t like the idea. However, it is not right for us to judge someone who eats dog meat. It’s a personal choice.” Mr. Hwang said: “A pet dog or a meat dog, what’s the difference? They are all dogs. This dog meat culture for health reason should disappear from our country.”

In the last 10 years there has been a 40% decline in the number of dog meat restaurants across Seoul, the capital city of South Korea, which has many high quality restaurants operating in direct competition to the Boshingtang restaurants. 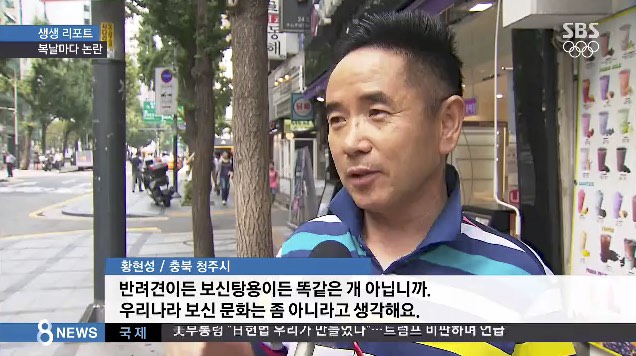 To view the SBS news feed video of the protest in South Korea: click here.

Fight Dog Meat will continue to monitor the changes in South Korea’s animal laws. We send a big thank you to Korea’s animal lovers, as we continue to work alongside them, to support and help their struggle to end the dog and cat meat trade in their country.

DONATIONS: WE HIGHLY RECOMMEND the Vietnam Animal Aid And Rescue (VAAR), who save all animals, including injured animals from the streets and dog meat dogs and cats. VAAR run a Vet Training Education Program to teach local vets and trainees, humane practice on pets within Vietnam, as many local Vietnamese vets do not use anesthetic on dogs or cats during open surgery!
gofundme.com/hoianvet or Direct Paypal: cat.besch@gmail.com