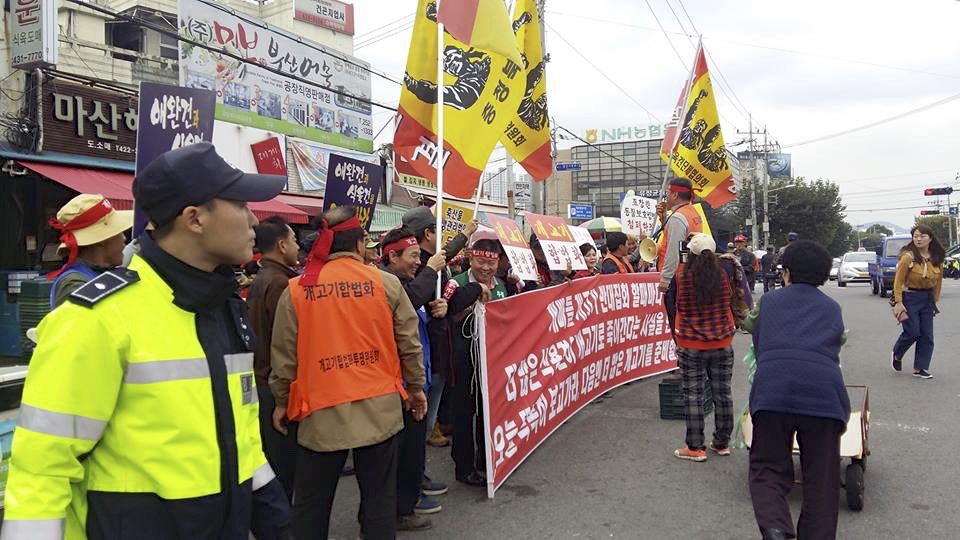 It was supposed to be a pop-up dog meat festival, put on by dog butchers from the Korean Dog Meat Association, at South Korea’s Chilsung market, Daegu, to encourage people to taste dog meat and support their “right” to slaughter and sell dogs and cat meat for human consumption. Fortunately the Mayor of the city stepped in and cancelled the “free” dog meat festival. But it didn’t end there. 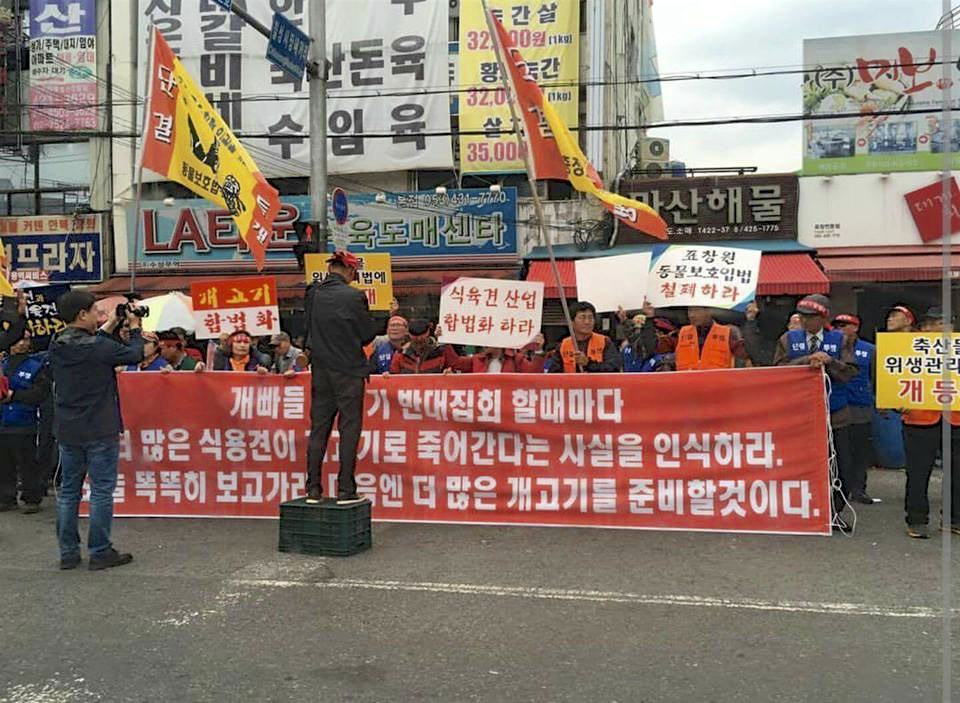 Dog butchers and others working in the industry were furious and retaliated! They immediately implemented plan B: three dog meat restaurants selling dog meat at half price, which is perfectly legal in South Korea. Meanwhile, around 200 dog butchers and industry workers staged their own protest to demand their right to slaughter and sell dog meat. 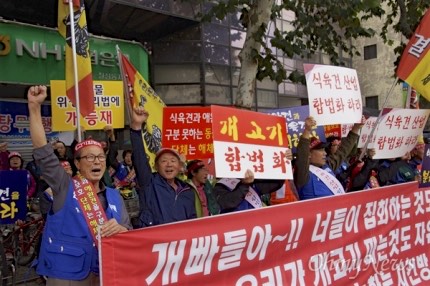 They demand dog meat be legalized, and at the same time South Korean animal activists demand dogs and cats be removed from current legislation whereby dogs and cats are currently legislated under ‘Livestock,’ making them a food item. 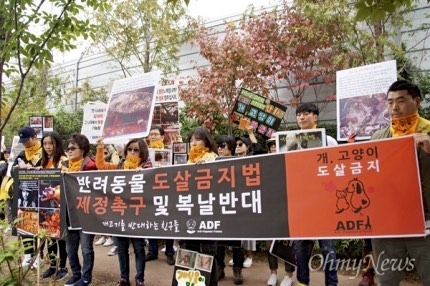 Animal activists want animal protection laws implemented and enforced, and companion animals removed as food items, whereas dog meat association members argue that “edible dogs” are different than ‘companion’ dogs and should be allowed to be slaughtered for human consumption. [Please Note: South Korea’s dog meat trade includes ALL breeds of dogs and cats, and cross-bred companion animals, and this is a completely false statement by the KDMA.]

In a news article by Naver News, dog butchers shouted out that animal activists are only protesting to raise donations and make money. They said China is not getting rid of dog meat, so why should they?

A dog meat association representative said: “We are at the forefront of the environmental movement and provide the best protein it is responsible for the health of the people” and shouted: “Should inherit the tradition of dog food also their descendants.” 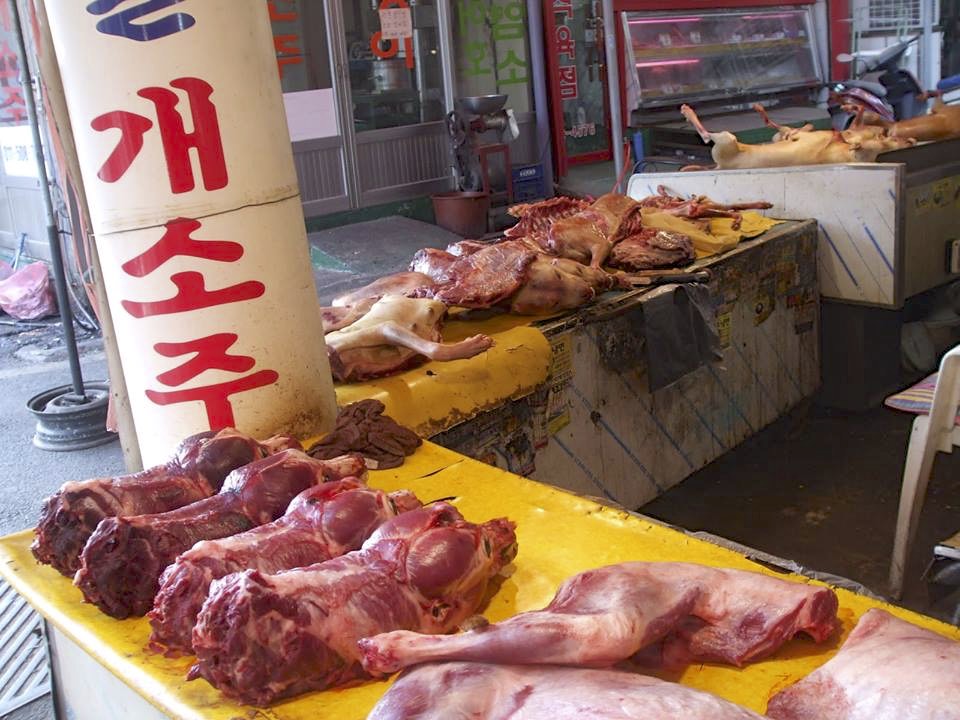 They even argued that having several dog meat restaurants at Chilsung market was a kindness for elderly residents, because it saved them having to walk too far, to enjoy a plate of freshly slaughtered dog meat.

Tensions erupted between the two groups, animal activists and member of the KDMA, and police had their hands full, keeping the two groups apart. Photographs credited to Naver News, South Korea.

Fight Dog Meat will continue to monitor this tense situation as it continues to unfold.

2 thoughts on “South Korea: Dog Butchers Face Off Against Activists”