It is my great pleasure to announce that Moran Market is closing down. Cats are boiled alive in large vats, where they’re made into ‘health tonic’ elixir drinks. Puppies which don’t sell are boiled alive and made into dog elixirs. It’s been the main source for dog and cat meat and elixirs in South Korea, for decades.

Moran Market is also where pet owners sell unwanted pet to dog butchers, in exchange for cash. I have stood and watched this exchange take place with my own eyes, in real life, on more than one occasion inside Moran Market. ! Ducks, geese and poultry are also bought and sold, and slaughtered.

I spent an entire week inside Moran Market, and attended the main Boknal Dog Eating Festival Day, with over 1,000 (mainly men) chomping on dog meat around me. In the course of the week I forged an undercover relationship with the dog butchers and was even invited inside the slaughterhouses and killing rooms. 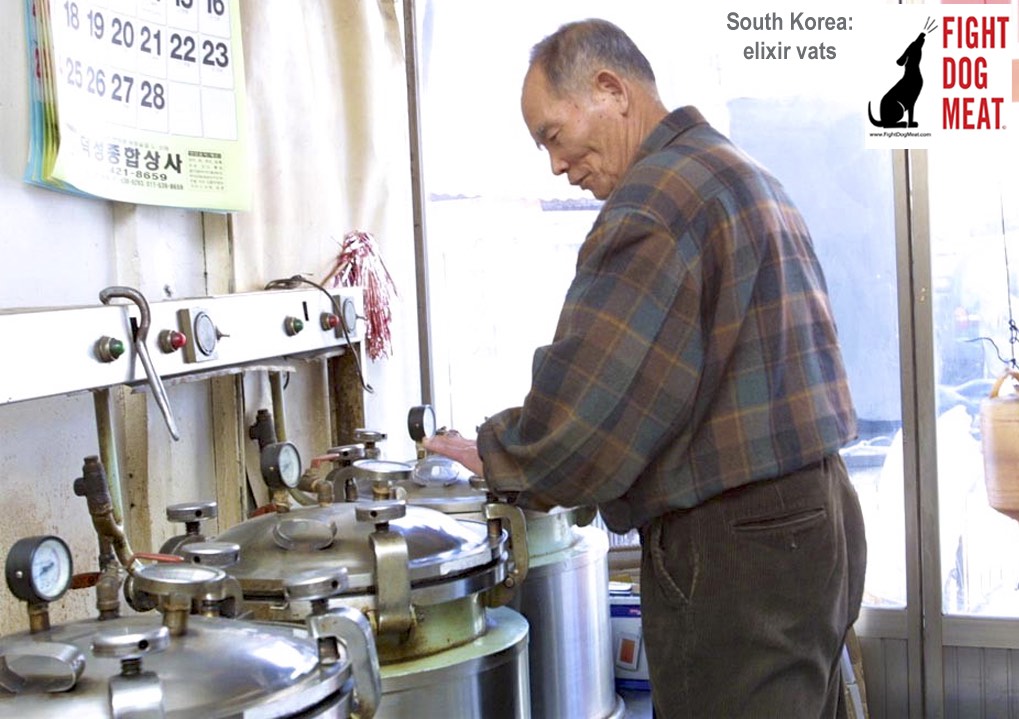 Behind the back of the main strip – where no one is allowed to enter, I got to see inside the underground secret killing rooms which can only be described as dungeons of death. Moran Market has capacity to house thousands of dogs a day, in death cages as they wait for slaughter. To read more on my experience: My First Hand Experiences At South Korea’s  Boknal Dog Meat Festival.

Its great news that Moran Market will be shut down, but there are still many more dog and cat meat markets in South Korea. It is far too soon to celebrate victory over dog butchers.

The Korea Herald newspaper stated: “The dog slaughter facilities in the market will be removed as early as next week, and Seongnam’s Mayor, Lee Jae-Myung said that ending the slaughter of dogs in [that particular] dog meat market is about animal welfare and the reputation of both the city and South Korea as a whole. Moran Market supplies one-third of all dog meat to South Korea which has been in a decline over the past couple of years, due to the rise in companion animals (end of report.)

You can see elixir vats inside the room behind the death cage of dogs.

The following report is from the South Korean animal rescue organization: Coexistence of Animal Rights on Earth, 케어-care, who filmed the Stop It Korea videos, which are everywhere on social media [but usually not credited back to CARE.]

Moran Market in Sungnam Is Closing

○ 80,000 dogs are traded in a year, and the Seongnam Moran Cattle Market, which had been stigmatized as ‘Mecca for Dogs’, will finally disappear. Today (December 13), Seongnam City and Livestock Association announced that it has agreed to cease public animal abuse such as display of living dogs and slaughter in the market through the signing of the <Moran Market Environment Service Agreement>. I applaud the merchants who have decided that the dog food is not welcomed by the citizens and that they decided to change the industry and persuaded them. The animal care organizations support and welcome the decisions of Seongnam City and the Livestock Association.

○ According to the contents of this agreement, peasant livestock market merchants voluntarily dismantle all slaughterhouses and slaughterhouses waiting to be slaughtered, and Seongnam City promises to provide administrative support such as full-time support and environment maintenance for these merchants. Now, in the Seongnam Moran market, it is impossible to display dogs as well as dog slaughter. As a result of the efforts of animal protection groups and citizens, we are immediately aware of the behavior of the “health circle” stores, which have existed in the market of peonies under the name of ‘traditional traditional market, I have been asked to stop. It is also the decision of Seongnam Chief Lee Jae-myeong, who not only violates the existing law, but also disgusting facilities.

○ However, only the display and slaughtering of San dogs were prohibited, and the consensus on the suspension of sales of dog meat was not reached. Dog meat is a product of agonizing and suffering that can not be produced without animal cruelty in all processes from breeding to slaughter. So it is obvious that Seongnam city actually banned the slaughter of dogs in Seongnam city but it did not prevent the distribution of dog meat. On the other hand, Lee Jae-myeong, the president of Seongnam city, has revealed the limit of recognition that the market of peony livestock must disappear for the protection of animals, rather than “the maintenance of slaughtering and display of dogs in a bad way.”

○ Animal groups are now tasked with closely monitoring the willingness and practice of an animal abuse behavior in Seongnam city’s Moran market and monitoring the implementation of the promise to prevent it from becoming an exhibition administration. Lee Jae-myeong, the president of Seongnam City, announced his agreement to maintain the Peony market environment, saying, “I have solved my 50-year-old homework, and dislike facilities are gone.” Animal groups hope that there will be no place where dog meat will be found not only in Seongnam but also anywhere in the country. I hope that the promise made before the people is kept. We welcome the efforts of Seongnam City, which brought about major changes, and we will do our best until the day when dog meat disappears in the market (end of report by CARE.) 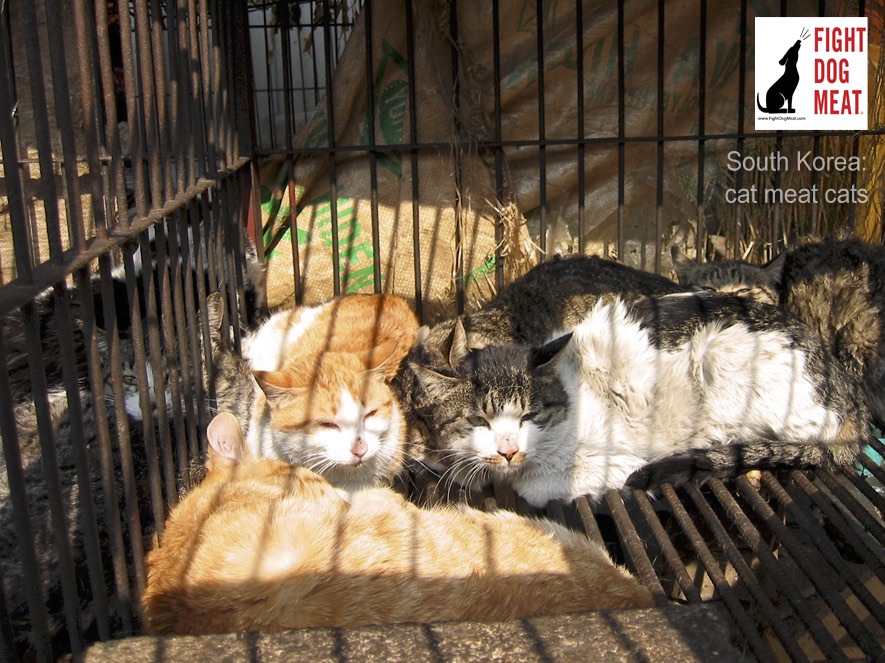 Thank you to CARE and everyone, including local Veterinarians, involved in closing down this dreadful market!

To support the work which CARE does, and their already rescued 300+ dogs, please consider a small donation toward them: Website: http://www.careanimalrights.org/.

4 thoughts on “South Korea: Moran Market Is Closing Down”