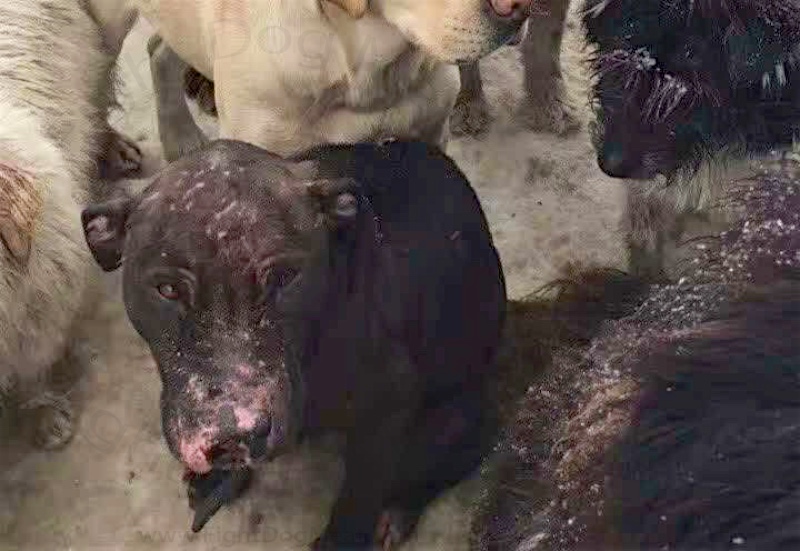 Unloading live dogs from dog meat trucks in Changchun, China, is a race against the clock to get every dog off the truck as fast as possible. When dogs are paid for from Changchun dog slaughterhouses, part of the deal involves loading the live dogs on a truck and delivery them. It doesn’t include waiting around for hours while volunteers kindly escort each dog from the truck.

When the truck driver starts up his engine to leave the shelter, time is up! Dogs which are not removed can be either thrown off or taken back to the slaughterhouse to be killed. Truck drivers work for the slaughterhouses and are not interested in sob stories from “dog slaves.”

The topic of discussion in this article is controversial. I am not saying one is right or one is wrong; it is a matter of personal choice.

Live dogs are sold by weight.

When people say they just rescued a truck load of dogs, that’s code for they just paid money to a dog butcher and bought them. Slaughterhouses do not give dogs away for free! They are a business which operates to make money.

It’s only very recent that “buying for money or purchasing” is now being exchanged and hidden behind the word “rescue.” Prior to this recent change, “rescue” did not involve an exchange of money or payment – that was always called “buying” or “paying money for.”

Day in the life of a dog meat dog

Most truck loads of dogs are purchased in the morning. It takes hours to load the dogs into iron cages and wheel them to the truck, to be crammed on board the big dog truck. Dogs are stressed and very terrified. Many dogs are injured as their manhandled, being loaded by slaughterhouse workers using iron neck calipers.

Via a translator, Mr. Wang Yan said when a loaded slaughterhouse dog truck arrives at his shelter, the dogs have to be removed with urgency. By the time the dogs arrive they’re exhausted, traumatized and have begun biting out of fear for survival. Every dog to be unloaded is an unknown quantity.

Every one of the dogs has already been treated inhumanely by dog snatchers and slaughterhouse workers. Almost every dog is terrified of humans at this stage. Each dog is desperate to survive and out of fear, some will savage any human who comes near them. The threat of rabies also has to be kept in mind because most of the dogs are not vaccinated.

Once loaded onto the dog truck it’s a three hour drive from the Changchun slaughterhouses to Mr. Wang Yan’s shelter. After a long day the exhausted dogs usually arrive at Wang’s shelter in the darkness of night.

Mr. Wang Yan accepts truckloads of dogs which have been purchased by locals and foreigners. He recently begged people to STOP buying dogs and loading him beyond a capacity which he cannot sustain! People may call it “rescue” but he is the one left holding the dogs for up to 20 YEARS of feeding, housing and medical help. 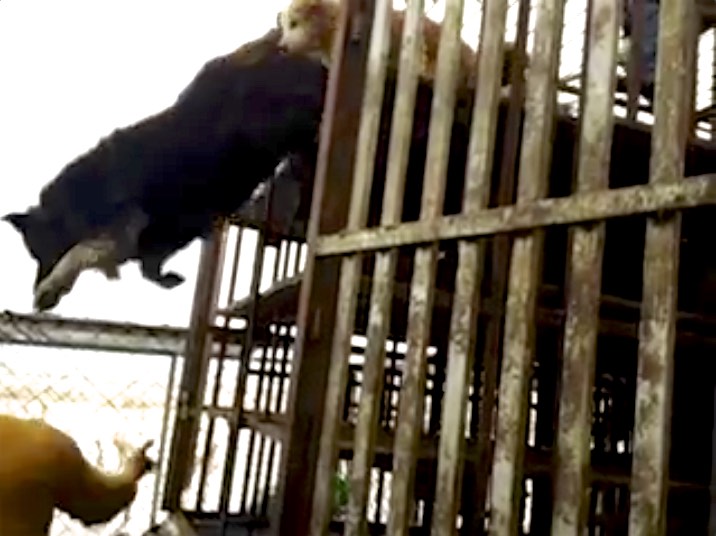 A large dog leaps off the top level of a loaded dog truck, desperate to escape. This truck had just arrived at Mr. Wang Yan’s shelter, and the gates had just been opened up for unloading. 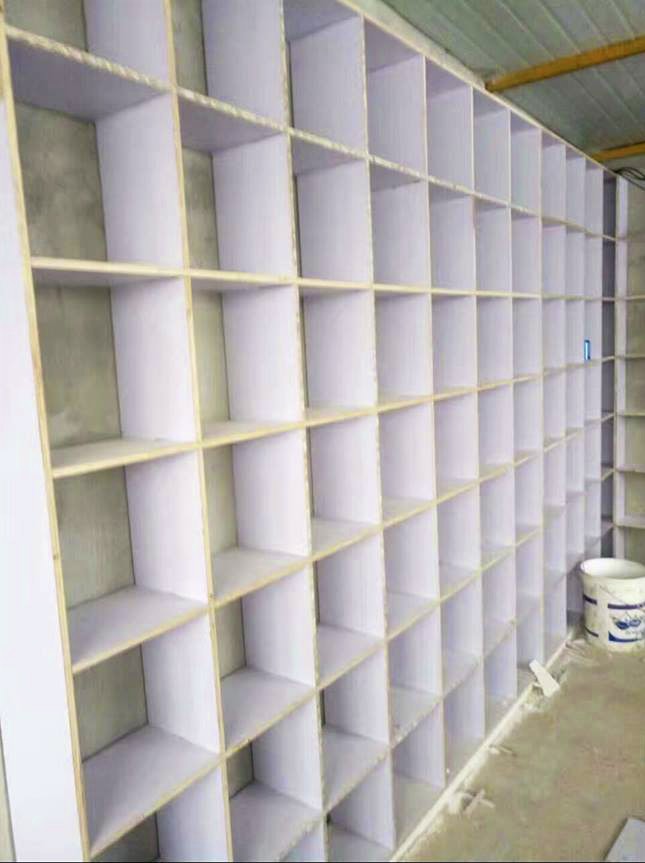 Part of Wang’s new addition to his facility: a pharmacy room for veterinary supplies and medicines.

Due to the volume of dogs which Mr. Wang Yan now finds himself in possession of, he has begun adding divisions inside the dome shelters, to bring more comfort and less stress to the dogs. A guest room has now been converted to a partial medical supplies room and sick bay, for dogs in need of close supervision due to illness or injury.

Mr Yan said that while “dog food will always be an unceasing need, the shelter needs to be improved.” Plenty more work is planned to help improve the life of the thousands of dogs whom Mr. Yan looks after, most of whom may never be adopted. Fortunately, fostering by smaller shelters is a great help to Mr. Yan and even the army has given a statement to adopt his dogs.