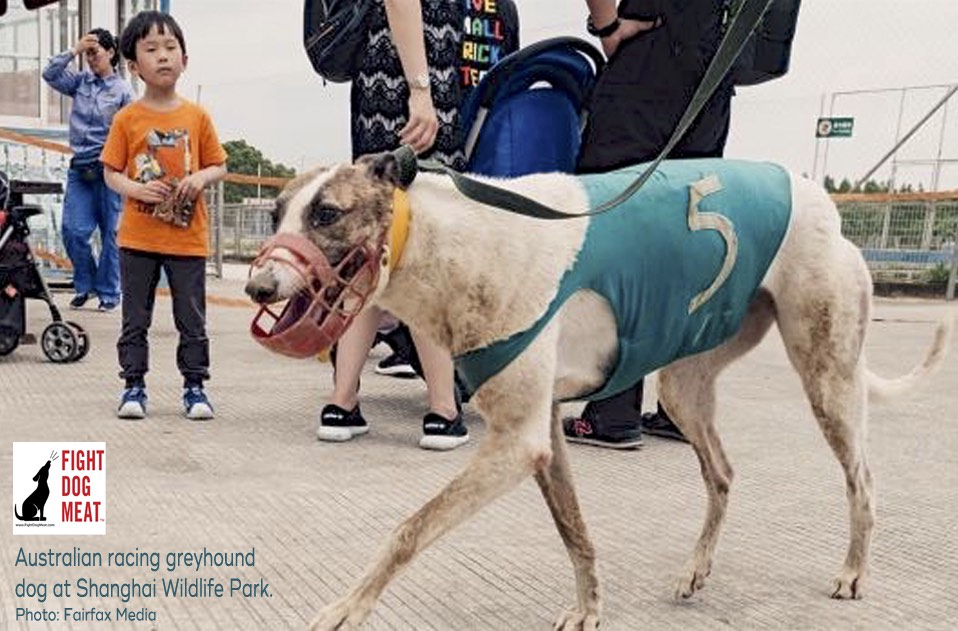 Startling evidence was uncovered by Kerry Elliman when she visited Shanghai Wildlife Park to investigate the condition of 40 exported Australian racing greyhounds being kept at the park. Kerry operates Birmingham Greyhound Protection and Candy Cane Rescue.

She rescues greyhounds in China, which have been removed from the dog meat trade, and transports them to the UK for rehabilitation and rehoming. Kerry visited the Shanghai Wildlife Park earlier this year and viewed 40 Australian greyhounds languishing in dark cells. 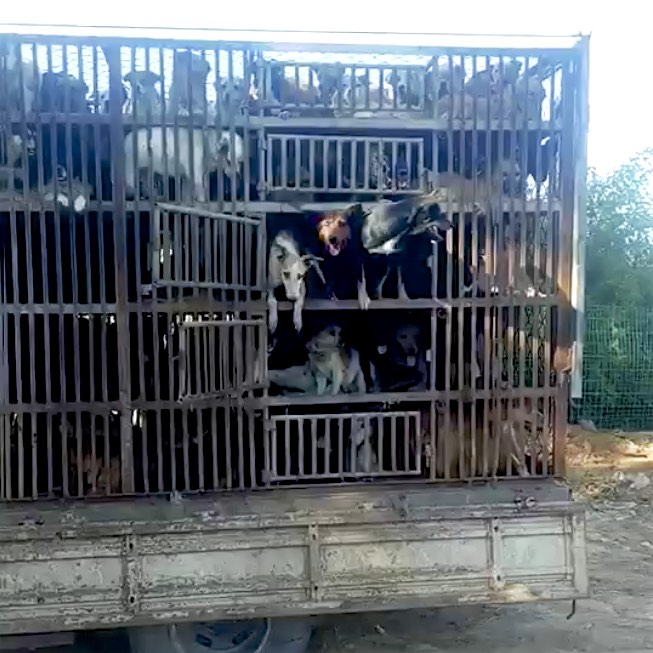 Progeny of export greyhounds are being sold into China’s dog meat trade.

“There are approximately 40 dogs. Some are old but others are really young, no older than two. Staff told us, verbally, the dogs were all Australian. Their own brochure states they are Australian. I got close enough to a lot of the younger ones to see they are all tattooed,” said Elliman, referring to ear brandings that link the animals back to Australian trainers.

Once the dogs are rescued and their tattoos identified, identification of the individual trainers who shipped them to China will also be revealed, according to Kerry. The greyhounds are being exported to countries with no animal protection laws and no rehoming programs.

After discussions with Kerry about the grim condition of the 40 dogs, Australian journalist Eamonn Duff visited the wildlife park on assignment for the Fairfax Media Group.

Life At The Park

“The Shanghai Wildlife Animal Park boasts the “Animal Olympics” featuring up to 40 “sports” such as bear bicycle races, dog hurdling, a gorilla on a balance beam and basketball between elephants,” said Eamonn. Animal deaths during events have been videoed by horrified audience members.

The dogs live their lives alone in hot, dark concrete cells, 23 hours a day until they’re required to “perform” for the audience. The featured race is 100 meter sprint between African Cheetas and Australian greyhounds, for the title of “fastest in animal kingdom.”

The wildlife park’s brochure describes the animals as living in “paradise” and “warm home for animals.” Nothing could be further from the truth! In 2015 it was aired on Australian television that locals reported live Australian greyhounds which were injured or too slow to race, were being fed to big cats at the zoo, as a featured event. 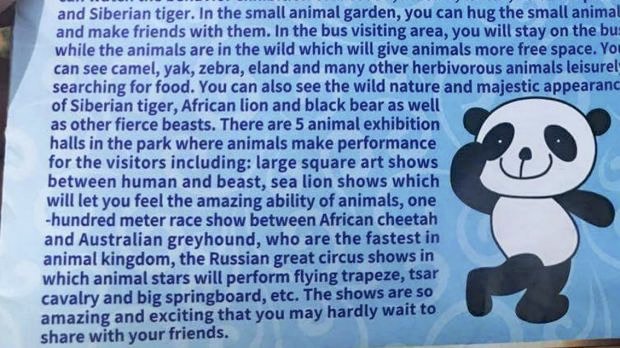 Following the investigation in 2015, Qantas that it would cease all racing greyhound freight services to Asia. By law Australian greyhounds should not be issued a “passport” to countries which do not meet Australian animal welfare standards.

“The Australian federal government has so far refused to toughen legislation and make their export illegal while GA’s powers, in issuing passports, only extend to people who are registered with the organization,” said Duff.

Birmingham Greyhound Protection and Candy Cane Rescue, operated by Ms Elliman, desire to gain permission to remove the 40 Australian greyhounds from the park and fly them to the UK. “It’s not a lost cause just yet,” she said. “The park has mentioned money and said they would be willing to work with us in letting us have the dogs but we have to go through the Shanghai government. So far, it’s been impossible to get anyone there to talk to me.” 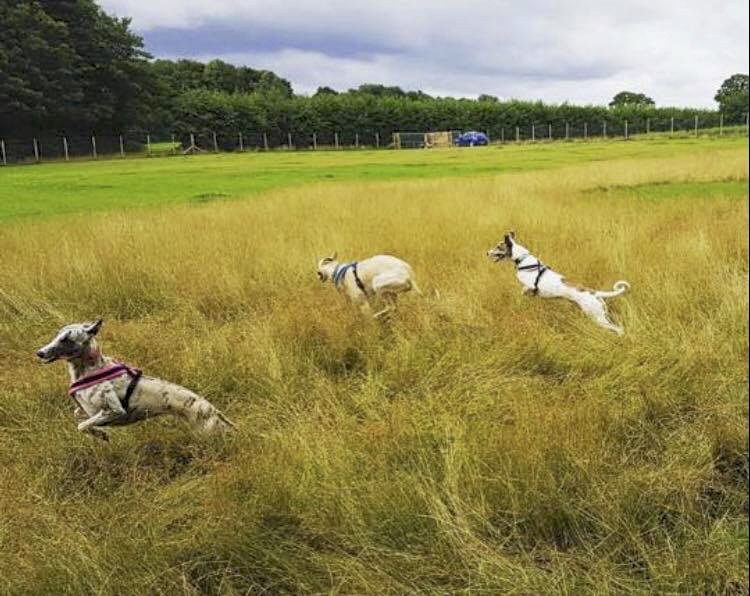 Australia upholds some of the strictest Quarantine and Customs laws in the world, so consequently the greyhounds are prohibited from re-entering Australia directly from China or Vietnam.

The one thing this industry is not short on is shame!

This article focuses on greyhounds, but the plight of all the animals being held at the Shanghai Wildlife Park is cause for alarm. Animals are not entertainers! The ‘animal olympics’ show needs to be shut down and the animals removed. Our sister site Heart For Animals is for ‘all’ animals and will look further into the plight of the other species at the wildlife park.