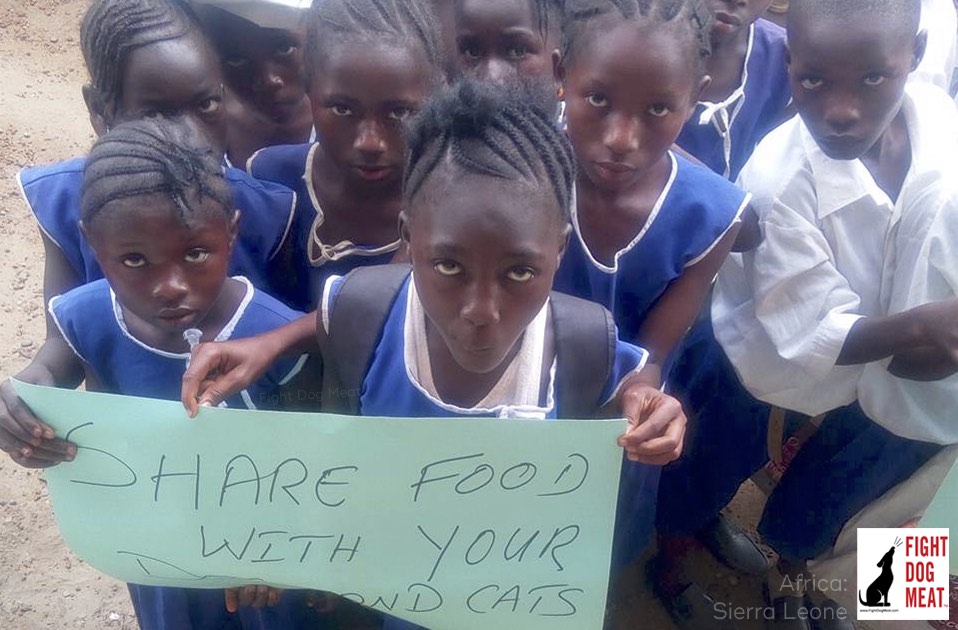 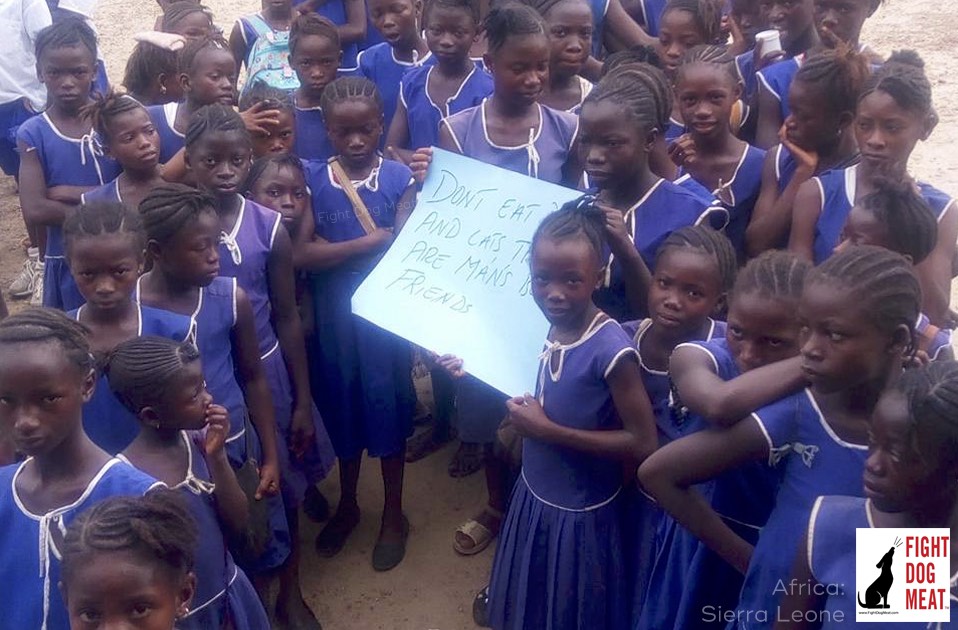 The sign says: Don’t Eat Cats And Dogs – They Are Mans Friend.

In the new year Fight Dog Meat will be working closely with our friends in Sierra Leone and neighboring Liberia, helping to give them a louder voice in calling for animal protection laws and helping them toward ending the dog cat cat meat trade in their countries. Dogs and cats are also widely used in Traditional African Medicine and voodoo witchcraft. Cats are particularly at high risk. 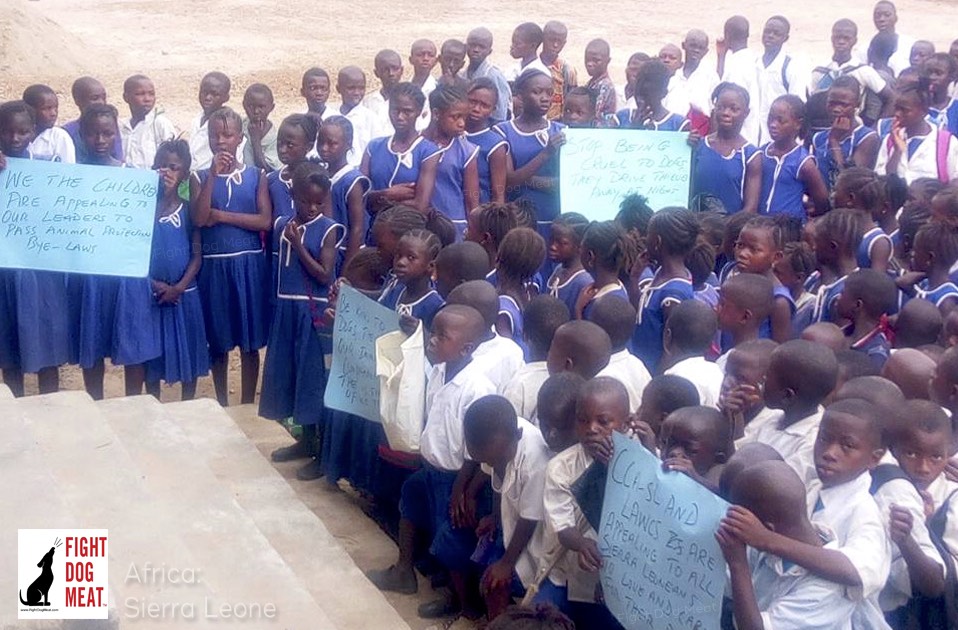 The sign says: We The Children Are Appealing To Our Leaders To Pass Animal Protection Laws.

Sierra Leone and Liberia both took part in our Fight Dog Meat worldwide event earlier this year, calling for animal protection laws and an end to the dog and cat meat trade. It was the first time Sierra Leone and Liberia had taken part in a world event to end the dog and cat meat trade. We were so thrilled that they joined the other 23 countries which took part in our FDM world event: Kindness And Compassion Day, 2017. 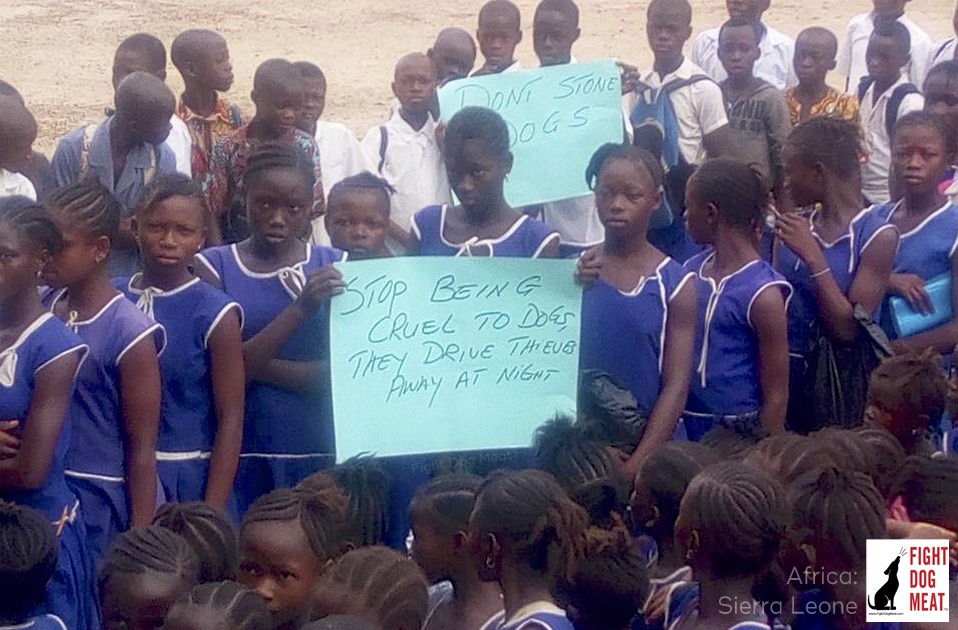 The rear sign says: Don’t Stone Dogs. The front sign says: Stop Being Cruel To Dogs, They Drive Thieves Away At Night.

In 2015 Sierra Leone and Liberia were among two of the African countries suffering from the deadly Ebola virus which tragically killed many people. People eating dog meat was a factor contributing to the Ebola crisis. Dogs contracted Ebola, which became transmittable to humans. However, dogs were able to recover from Ebola after two weeks of illness. [Cats did not contract Ebola.] Dog and cat meat often falls under the banner of ‘bush meat’ in Africa. During the African Ebola crisis the World Health Organization advised local residents to stop eating “bush meat,” but stopped short of saying ‘dog meat.’ 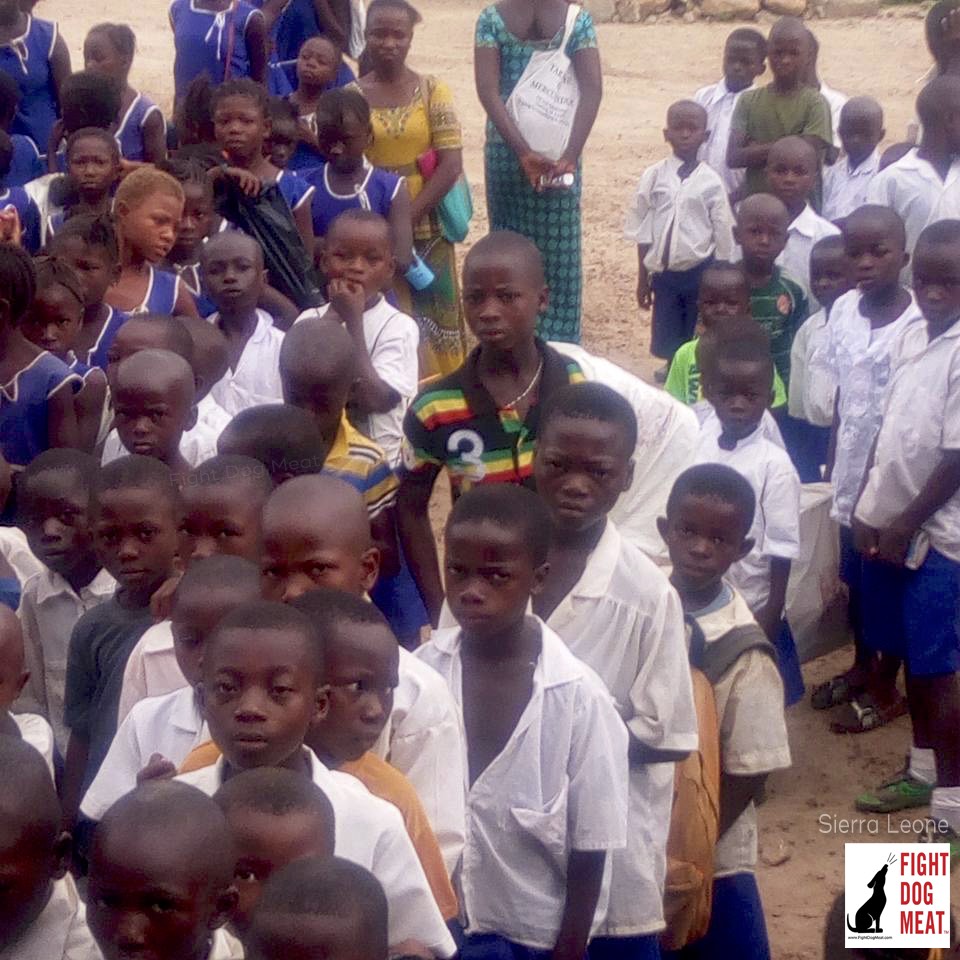 Young boys in Sierra Leone who also took part in the education day.

Its wonderful to see young people in dog and cat eating countries learning humane treatment of animals. They will be the future guardians of animals in their country.

One thought on “Sierra Leone: Children Plead To Stop Eating Dogs And Cats”