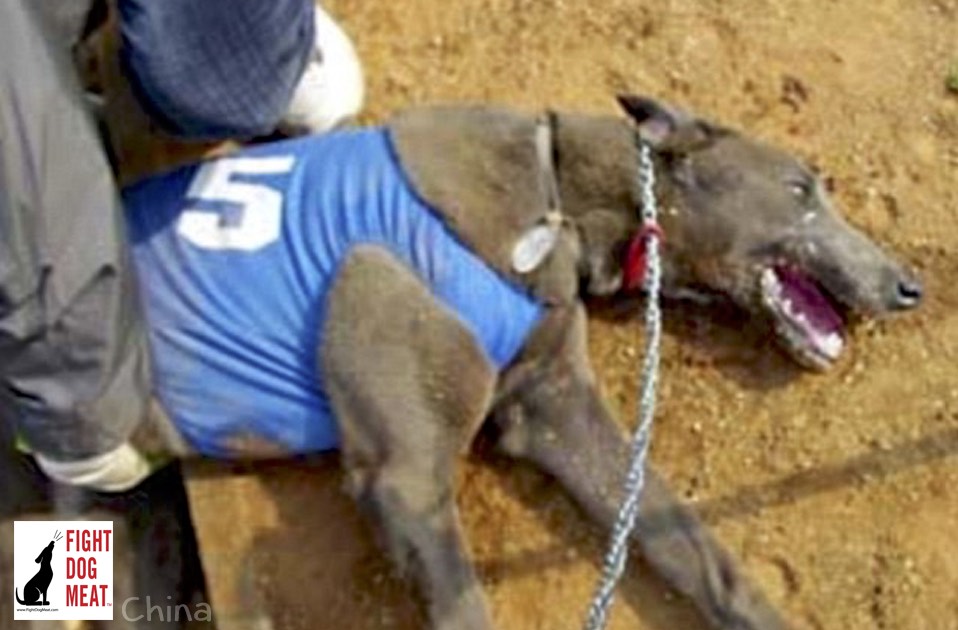 Australian greyhounds holding valid travel passports for export is back in the headlines. The passports were introduced a few years ago, but unscrupulous trainers found a way around them and shipped off as many greyhounds as possible. This article concerns greyhound abuse in China.

Greyhound Racing NSW is working with NSW authorities in tightening laws to stop greyhounds being shipped to countries known to provide “cruel and degrading conditions.”

Video: Warning, graphic footage. Viewer discretion advised. Greyhound owner in China brutally kills his dog track side, for not winning. There are no animal protection laws in China so his actions are allowed.

“The change effectively places responsibility on the original owner of the greyhound not to give their dog to an exporter, if they think it will be sent somewhere without the proper authorization.”

Tightened laws are welcomed if they’re enforced by the federal government who are being pressured to “show some leadership” and cease the issuing of export permits for racing greyhounds. There is currently no federal law preventing the export of greyhounds to places of cruelty.

After two years of media exposure, the racket involving unscrupulous trainers shipping greyhounds to China on a one way ticket continues. 70 greyhounds were sent to the Shanghai Wildlife Park which in 2017 is known for racing dogs against Cheetah big cats for the title of “fastest in animal kingdom”.

Public outrage erupted in 2016 when footage was shown on Australian television of Australian live greyhounds being fed to big cats. They were fed to the big cats as family entertainment to watch the greyhounds torn asunder. The Park came under worldwide outage and it was forced to cease this ‘entertainment’ feature. As a replacement, the greyhounds are forced to race Cheetahs each day on a sub-standard track. For the remaining 23 hours of the day, the greyhounds languish in dark concrete cells with no bedding, hot in summer and freezing in winter.

Earlier this month, two family members – Mark and Stephen Farrugia – were fined for exporting 70 dogs to the Shanghai Wild Animal Park and another 96 dogs to the Macau Canidrome racetrack. A third family member, Donna Farrugia, was found guilty of knowingly aiding and abetting the exports, and suspended for a year and a half, according to the SCMP. 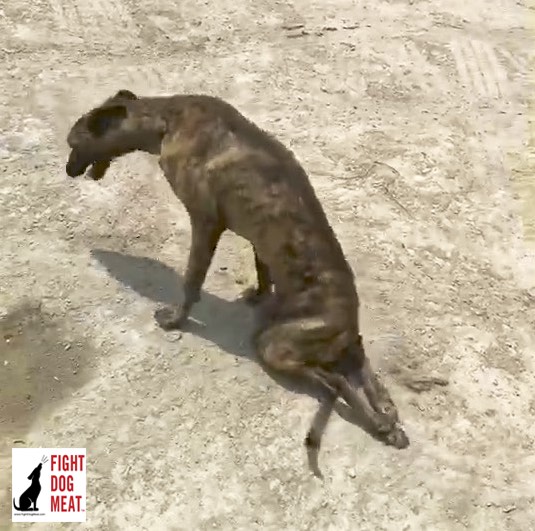 Crippled greyhound at a dog meat slaughterhouse in China.

The Farrugias bought up unwanted greyhounds across the state of NSW and exported them to China with the approval of the Australian agricultural department. The Farrugias made a profit of around US$300 per dog. The Farrugias obtained permits through the federal agriculture department and complied with its requirements.

The Farrugias had full knowledge they were sending each of the dogs to inhumane conditions and practices which would not be allowed in Australia. 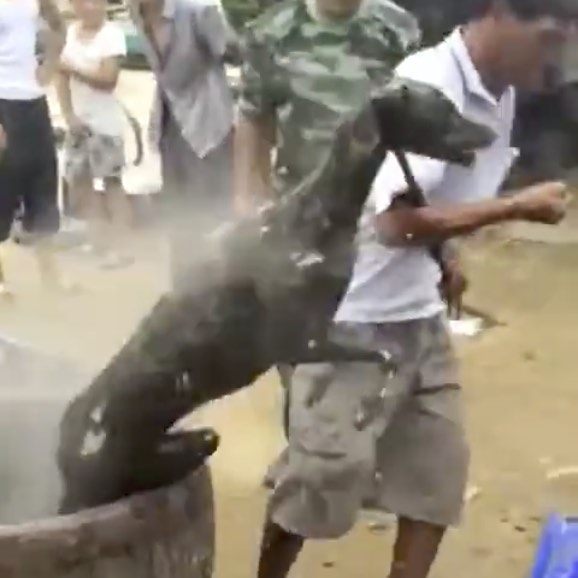 “We know that dogs are sent to the USA and then re-exported to China, where there are hardly any laws protecting animals from abuse. As long as there is money being made … they will find a way of doing it regardless of these rules,” said Mehreen Faruqi, NSW Greens MP to South China Post.

One thing this industry is not short on is shame! 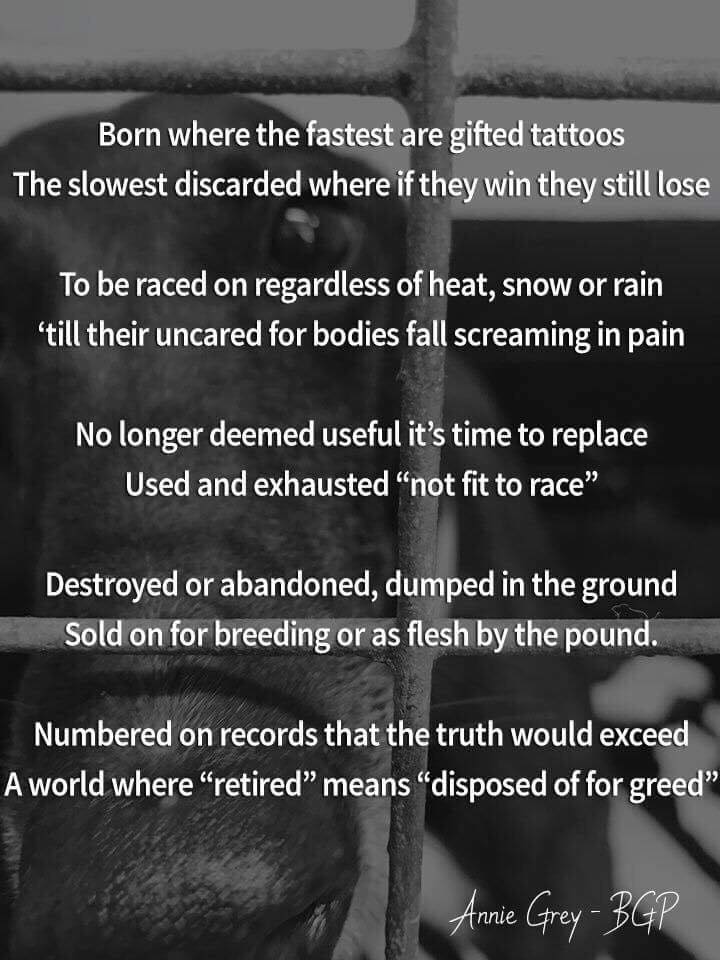