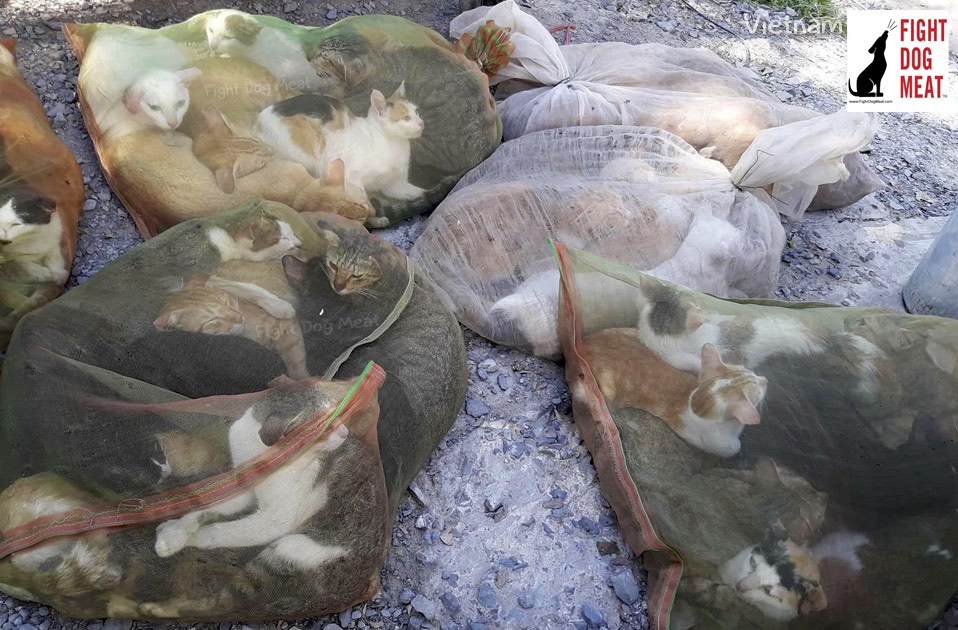 Christians in Vietnam justify eating cat meat for Christmas by pointing out cats are naturally clean which adds to their flavor. Christmas is one of the busiest times of the year for dog and cat meat butchers in Vietnam, supplying orders to churches, parishioners, restaurants and individuals. Many Vietnamese officials eat cat, especially traffic police who are regularly seen at cat meat restaurants.

Vietnamese animal rescuers saved all the cats, kittens and dogs shown in the video below. Tomorrow they will work to save more cats and dogs from slaughter and becoming  Christmas dinners. 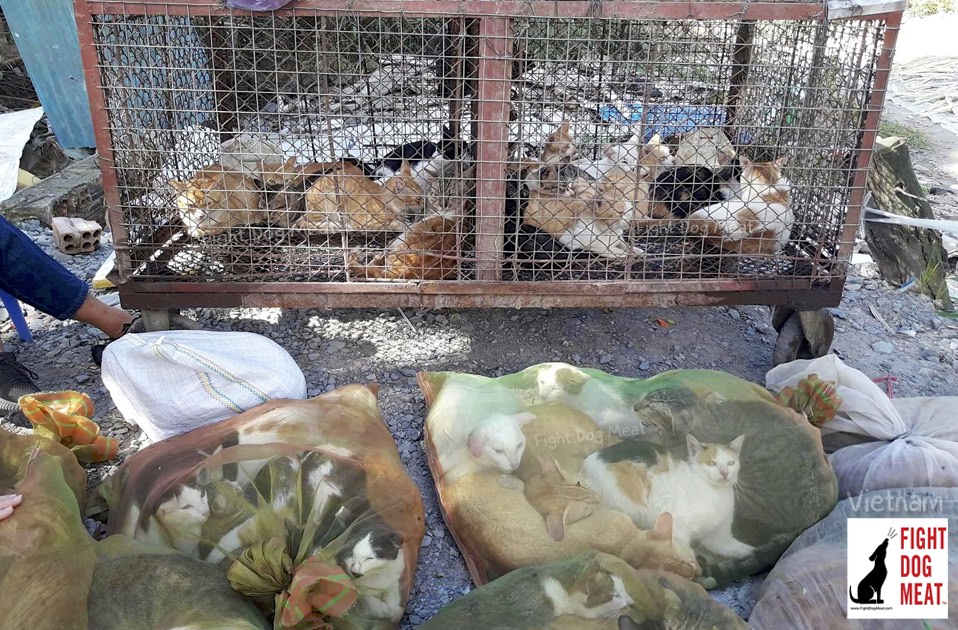 Part way through rescuing the cats, kittens and young dogs.

During one of my trips to Vietnam a dog butcher told me “Christians eat more dog and cat meat than anyone because the churches order it for their festivals. So Christians want to eat it every time they celebrate something.” Per ratio per population Vietnam has the largest dog meat trade and the largest cat meat trade.

Vietnamese cat butchers have been stockpiling cats in preparation for Xmas Day. Cat meat is often eaten out of superstition in Vietnam. Its falsely believed eating cat meat at the start of each month will ward off bad luck. However this must be repeated every month to keep the bad luck away.

Video: cats and dogs rescued the day before Xmas, December 24.

In many dog meat countries some ‘Christians’ will buy a live dog and take it home and kill it “traditionally” – which means inflicting gross pain onto the dog until it’s moment of death. This is a deliberate action designed to make the meat as tough as possible – which is falsely believed to boost a man’s libido and impart a number of healing powers.

She defended the actions saying it was a beautiful setting and they played nice music while it was being beaten so what else could the dog possibly want? She was unwilling to see it was cruel in any way. Her and her husband have an apartment five minutes from my house and they’re still members of that church in both Korea and Australia. [I will be writing about this in detail in the New Year.]

Video: more of the rescue December 24, day before Xmas Day.

Please stop and take a moment for the many dogs and cats trapped in death cages across most dog meat countries today and tomorrow. They will be slaughtered to be served as Xmas meals for Christians living in dog and cat meat countries. This is nothing new, Fight Dog Meat has been writing about it for years! Its not only one denomination – its across all of them, including some big mainstream religions.

Fight Dog Meat will continue to bring you reports from Vietnam and the wonderful work Vietnamese rescuers are doing for their loved animals of ‘all’ species!

7 thoughts on “Vietnam: Cat Meat For Christmas In Vietnam”