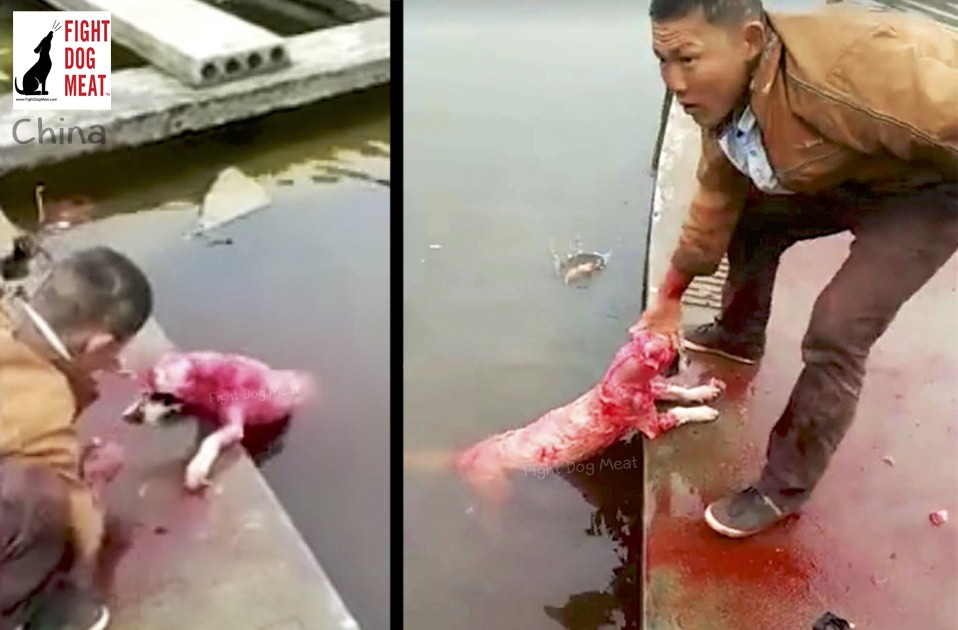 A helpless young dog meat dog was skinned alive in shallow water in broad daylight in front of passers by. The butcher’s name is Li Qidao and local villagers who know him and his family say he has aggressive psychological problems. Li was said to be very “excited” about skinning this dog alive.

It is reported that many local villagers are wary of Li because of his unpredictable aggressiveness against people and animals, often in bad situations. People in Li’s village are asking police to investigate him for competence and if necessary, have him committed to a treatment facility “to avoid causing unnecessary harm to others and society.”

Although this man is said to have aggressive psychological issues, the dog was fully skinned alive in public which would have taken time to do.The dog would have been screaming out in pain and agony; it would not have been quiet. With no animal protection laws people were not ‘legally’ able to intervene and take the dog away. Police would have charged them with theft of property.

Fight Dog Meat will continue to expose animal cruelty within the dog and cat meat trade and call for animal protection laws.