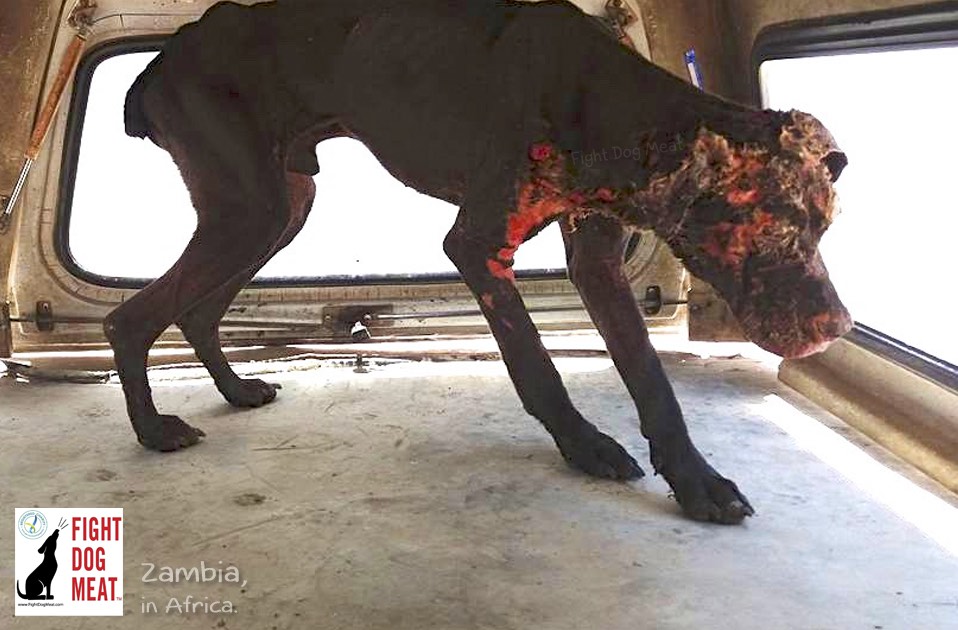 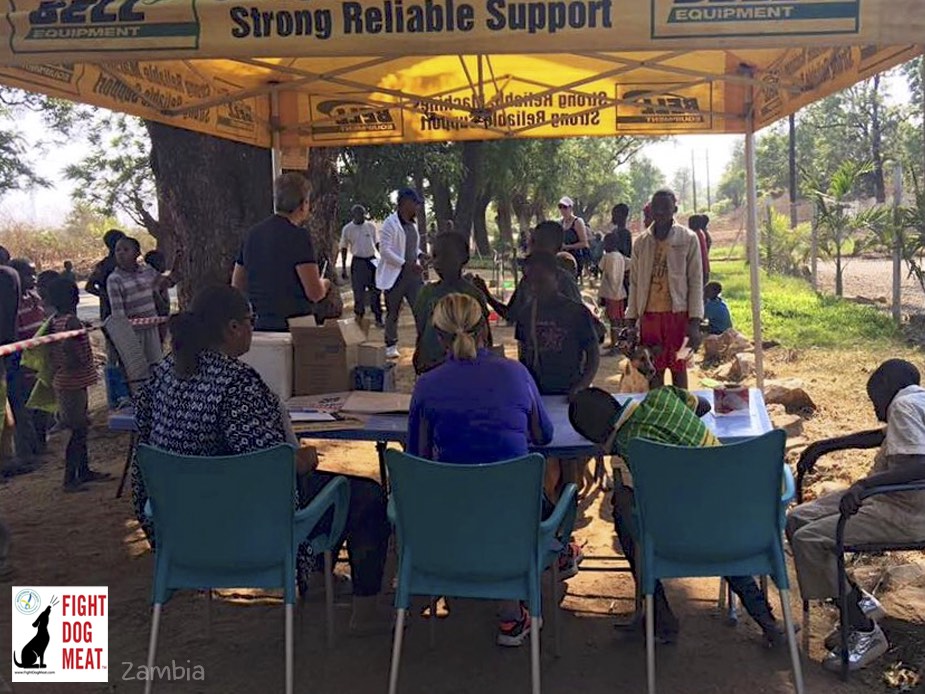 Zambia is an African country with high poverty and food shortages. Rabies is a very real threat in Zambia, as well as other numerous diseases and illnesses which can affect people and animals. Abandoned and homeless dogs and cats strike fear in many local people because of the invisible threat of rabies being transmitted, so consequently dogs and cats can be the target of cruelty. 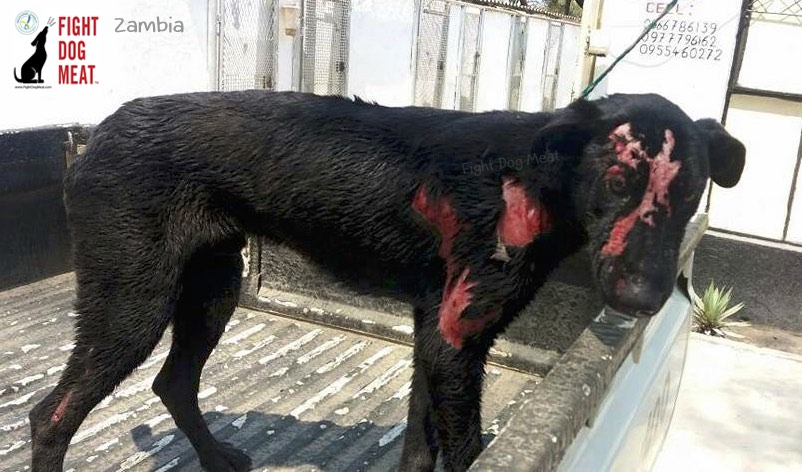 Another burn victim dog, with serious injuries inflicted from a human.

Kitwe is the second largest city in Zambia. Kitwe Animal Welfare (KAW), have rescued a number of critically injured stray dogs in Kitwe suffering extensive burns. Burn victim dogs have had boiling water or oil poured over them after they’ve wandered up to people, in search of people. [See main header photograph.] People are fearful of stray dogs because of the threat of rabies virus, which can be transmitted to humans. 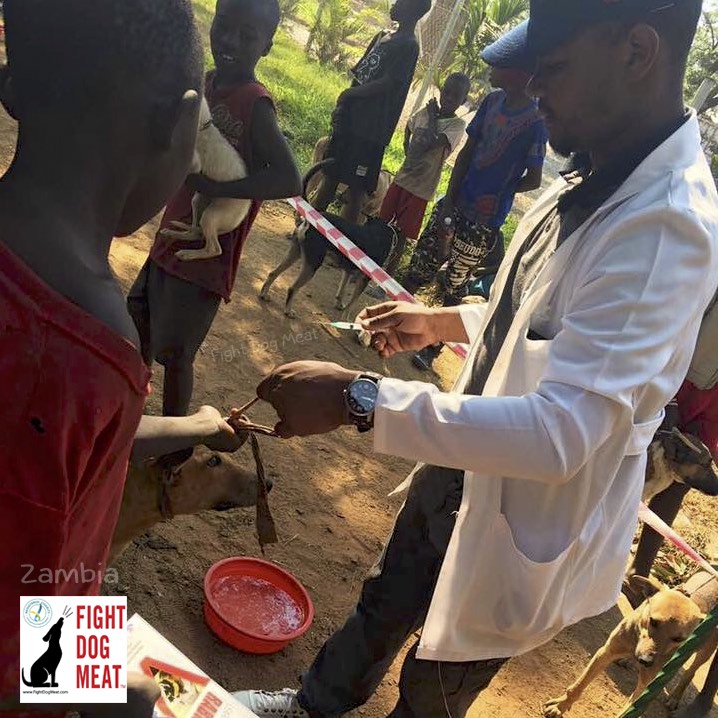 While Zambia does not have a mainstream dog or cat meat trade, the country has issues surrounding dog and cat meat consumption, especially with the influx of immigrant workers from dog and cat meat eating countries. A couple of years ago Chinese construction company HUA LI, in Zambia, kept dogs specifically to slaughter for dog meat, to feed construction workers.

On the threat of employees losing their construction job, HUA LI bosses demand its Zambian workers kill the dogs, skin them and prepare them for dog meat, according to Chinese methods. If workers refused or even questioned the firm’s demands they were fired and their employment terminated.

The story leaked out after a local Zambian construction worker filmed an undercover video of the appalling conditions which they were being forced to endure, including slaughtering and butchering dogs for their Chinese boss.

Video: not graphic. Video shows the dog’s recovery back to a happy healthy dog ready to be re-homed to a safe and loving home. Thank you to Dr. Geloo.

Fight Dog Meat looks forward to helping Zambian animal rescue teams and local animal lovers. We strive to help them have a louder voice to bring in and enforce animal protection laws and end dog and cat meat eating in their country.

One thought on “Zambia: Kitwe Animal Welfare For Dogs and Cats”