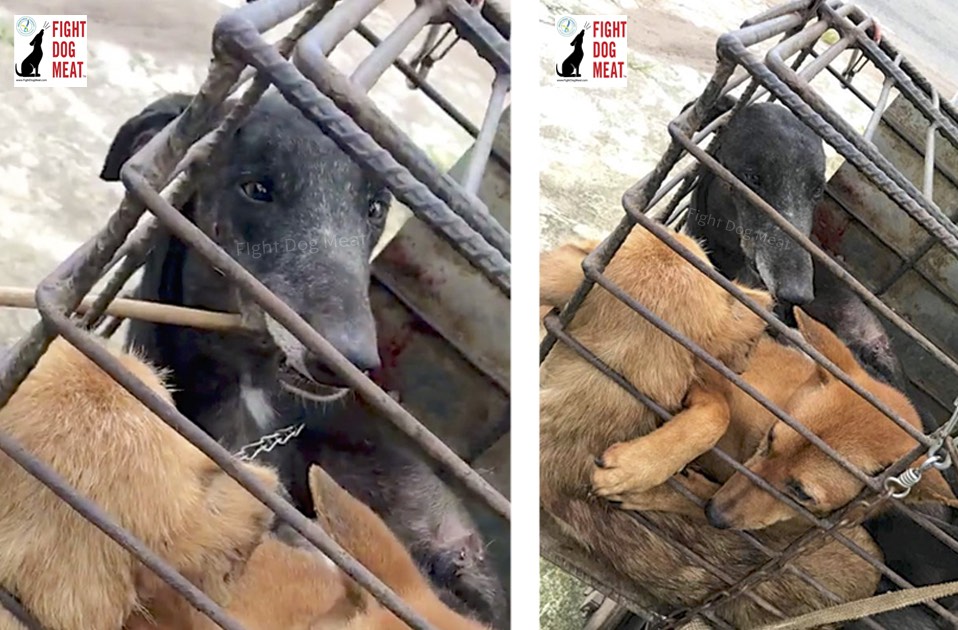 A lot of money was at stake. Money for Australian export trainers, money for Vietnamese trainers and money for punters. Meanwhile, the greyhounds were disposable commodities. 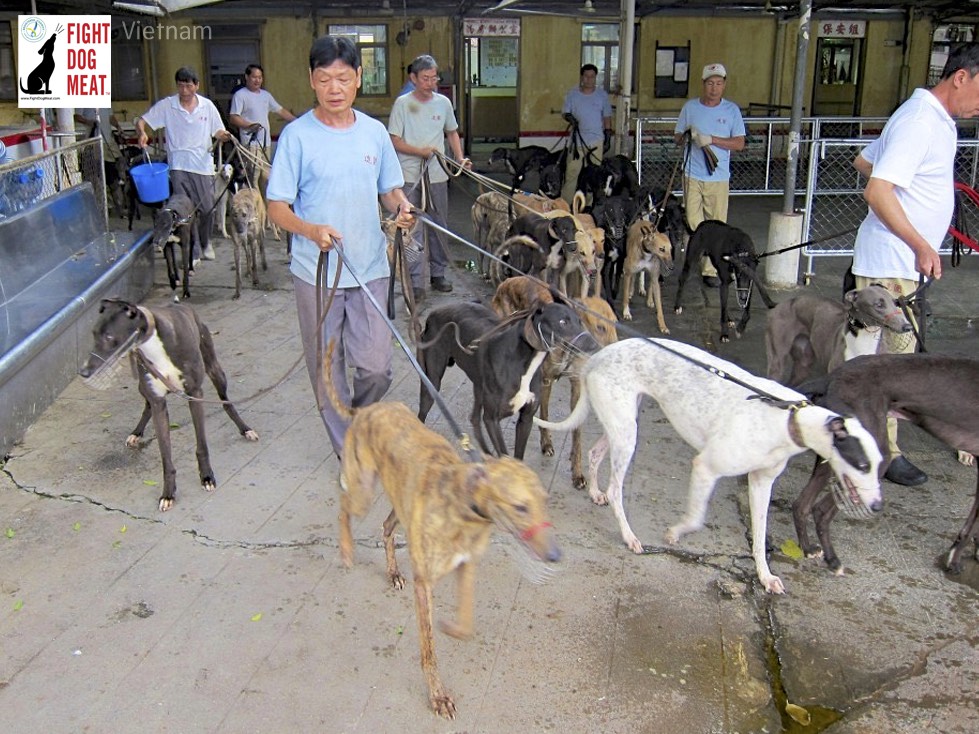 It didn’t take long for horrifying footage to emerge of Australian greyhounds being killed track-side for various reasons, including running too slow or breaking down. The method of killing stunned and horrified Australian animal lovers across the country.

Video evidence was filmed undercover of Australian greyhounds laying in the dirt with their legs tied together and their mouth bound tightly shut, to stop them screaming out. As the greyhounds lay helpless on the ground insecticide was injected into their veins. The fully conscious greyhound dogs thrashed and writhed in agony as they slowly died in excruciating pain. Further outrage broke out across Australia. This would not be allowed in Australia so why was it allowed to happen to Australian export dogs in Vietnam? 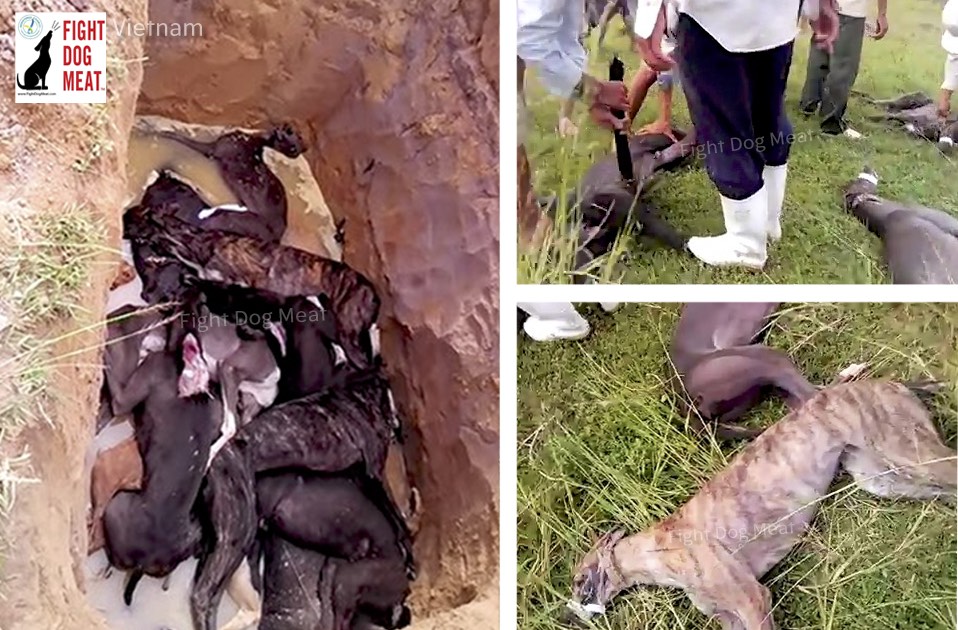 Australian racing greyhounds being injected with insecticide to kill them, track-side in Vietnam.

Finally exports to Vietnam were halted, but the damage had already been done. Greyhounds already exported to Vietnam were sent on a one way ticket, with death at the destination their only way out. 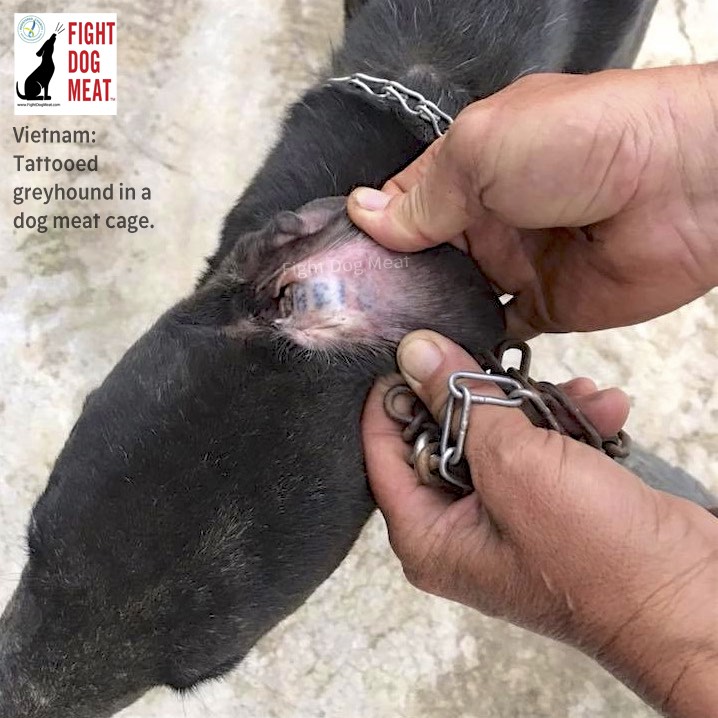 The black greyhound is an adult uncastrated male. He should be majestic and confident. See the depth of fear in him as he shakes in terror in the dog meat cage. Fight Dog Meat is trying to find out if the dogs have been rescued and if we can save them. We’ll update the article when we have further confirmation.

Video: tattooed greyhound in a dog meat cage, for slaughter for dog meat in Vietnam.

Government ministers said this would “never” happen; greyhounds would never end up in the dog meat trade. I always believed it would happen at some point. Now we have proof.

Fight Dog Meat is in direct contact with the person who has the greyhound. We have sent money to buy the dog. However, because its the weekend the money will not reach him until Monday at the earliest. Our Fight Dog Meat Vietnamese team members are communicating with him on our behalf, to help keep the dog safe.

He sent us a proof of life photo and video. He also said the dog is at a “smokehouse” in this second video, which is a dog slaughterhouse. All efforts are being made to bring the dog to safety. We are in direct contact with Candy Cane who will take the greyhound if we can secure it’s safety.

We will update again as after we receive solid information concerning this situation.

One thought on “Vietnam: Tattooed Greyhound In Dog Meat Cage”