The unsuspecting Golden Retriever was tied by the neck to a rope then bludgeoned by a police officer. Swinging a lump of wood the officer repeatedly struck the dog across it’s head. In the first part of the video the dog was still sitting up and fully conscious after being hit three times. At no time does the dog show any aggression at all. The Golden Retriever did not know to be scared of humans so he must have been a loved pet who had strayed.

A complaint from a poultry butcher at the busy market was the reason the dog was bludgeoned by police. The butcher said the dog had bitten one of his chickens. As the dog sat injured, the butcher began to bludgeon the dog with the side of his meat clever!

Even this second bludgeoning did not kill the dog. Eventually the dog hemorrhaged to death.

Nanchong Police  bludgeoned the dog on a public street at busy market in Nanchong City, Sichuan Province. We are posting the video here because it is too graphic to be posted on our social media pages. 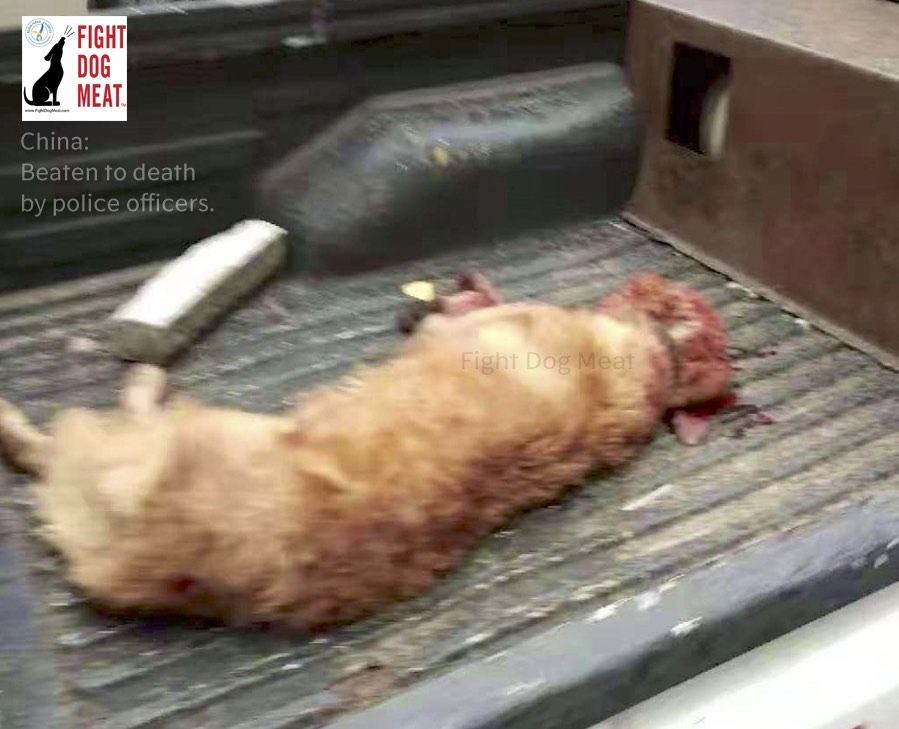 The Golden Retriever died at the scene. Police prohibited animal lovers from helping the dog.