Vietnam: He Survived A Slaughterhouse

Home / Vietnam: He Survived A Slaughterhouse 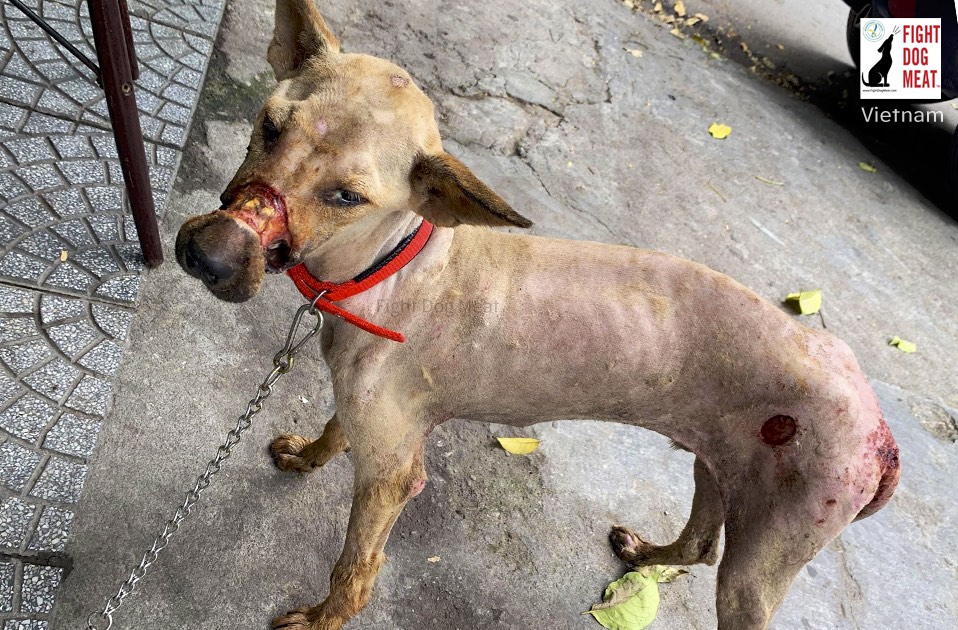 Vietnam: He Survived A Slaughterhouse

A call for help was launched about a stricken dog in Hue, in central Vietnam. The dog had escaped a slaughterhouse with his mouth was bound tightly shut, stopping him from eating or drinking. The flesh on his face under the bindings had rotted off, including half his tongue being severed off. His left eye was glued shut with pus. His rear end was blood stained and the fur appeared to be peeling off.

An experienced rescuer in Hue, named Son, answered the call for help. He went out into the night and gently captured the distressed dog. Son immediately consulted with doctors for the best way to save the dog’s life.

We have named the dog Cooper.

Cooper may have been inside an iron dog meat cage crammed full of dogs. As you scroll down the page you will see photos of Cooper’s lower body covered in bite marks from other dogs. This happens inside loaded dog meat cages. As panic sets in, alpha dogs lash out demanding more space but there is no space to give. Cooper has those same severe bite marks all over his rump, lower legs and paws. The bite wounds had become infected and filled with pus.

Fight Dog Meat is going to fight to save Cooper.

He’s already suffered enough and deserves a chance at happiness.

Cooper’s body is severely weakened.
He’s suffering with severe blood parasites (from brown ticks.)
He has severe muzzle damage with the flesh rotted down to his bare facial bones.
Part of his tongue has been cut off.
His rear end has severe septic injuries.
All four paws are damaged.
His right thigh has a large and deep open wound.
Fight Dog Meat has arranged a wonderful life for Cooper. He just doesn’t know it yet.
If you would like to donate for Cooper: click here. 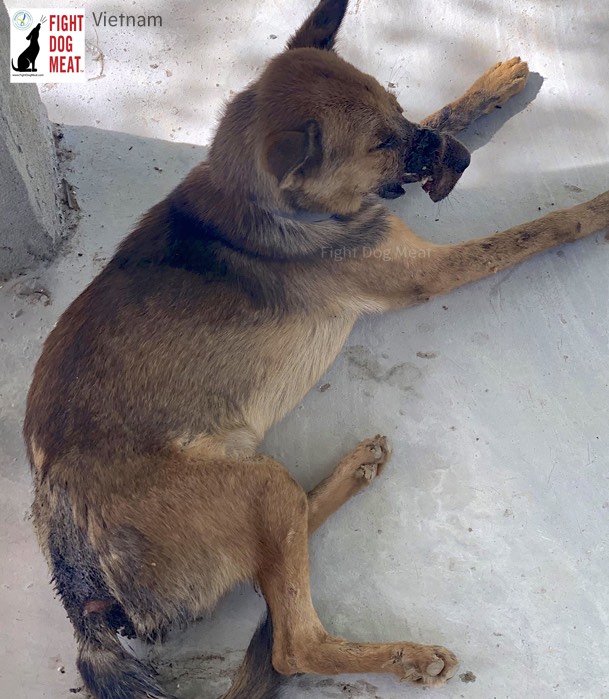 Critically injured waiting to be rescued.

Video: Cooper just before he was rescued.

When Cooper’s body is strong enough, Fight Dog Meat will fly him from Hue to Saigon. We’ll continue his hospitalization at Dr. Nghia’s vet hospital. Fight Dog Meat will adopt Cooper to a loving family abroad so he can live a happy life wrapped in love and safety.

The following photos were taken after Cooper was admitted into hospital. He was sedated to allow vets to work as quickly as possible to remove his bindings and shave his coat. They put fluids into him and administered pain relief. 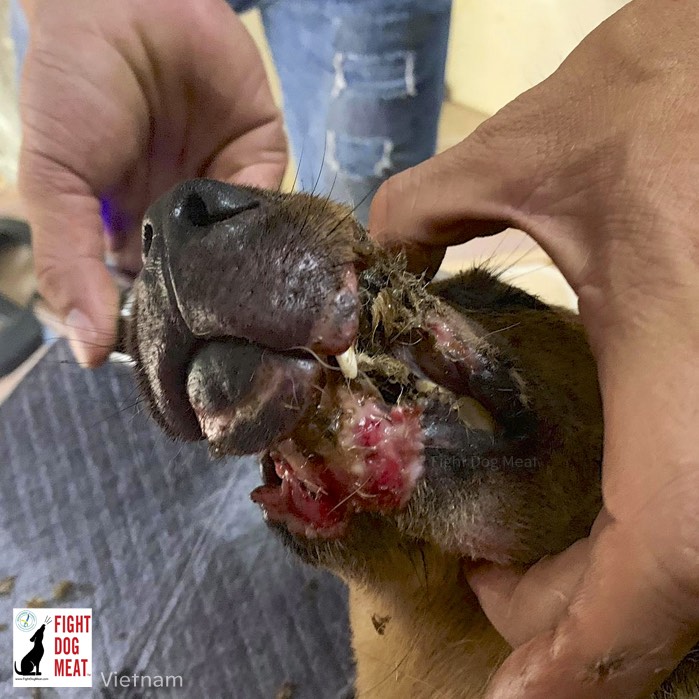 Vet examining damage to the dog’s mouth after the bindings were removed. 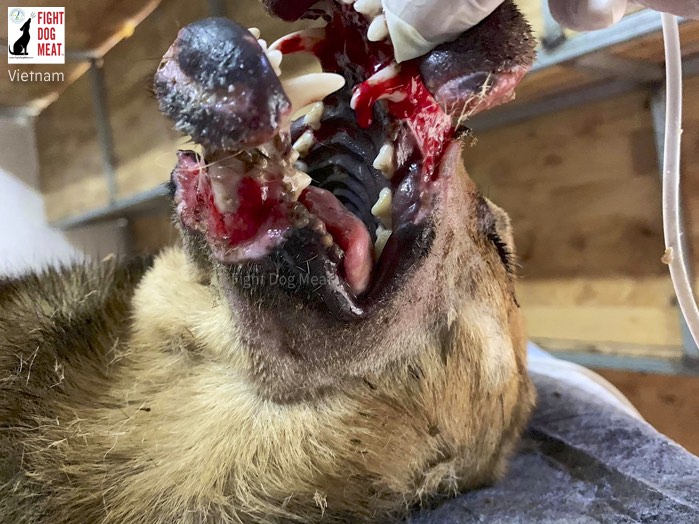 Extensive damage to his entire snout, from being bound tightly shut for days. 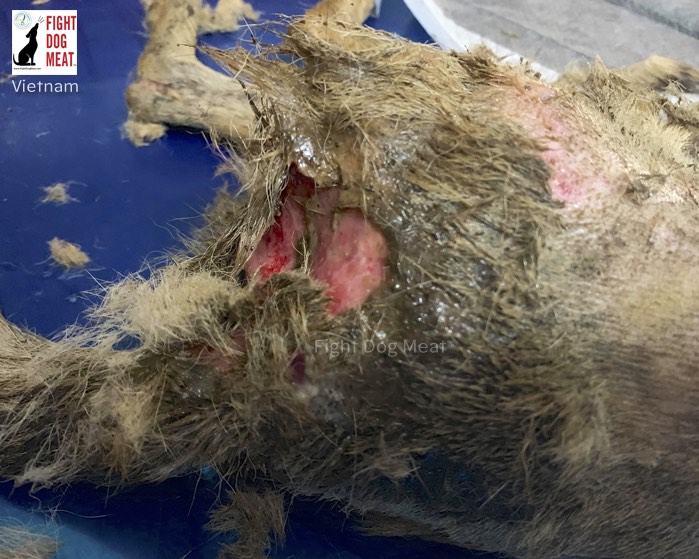 Injuries and infection on his rear end. 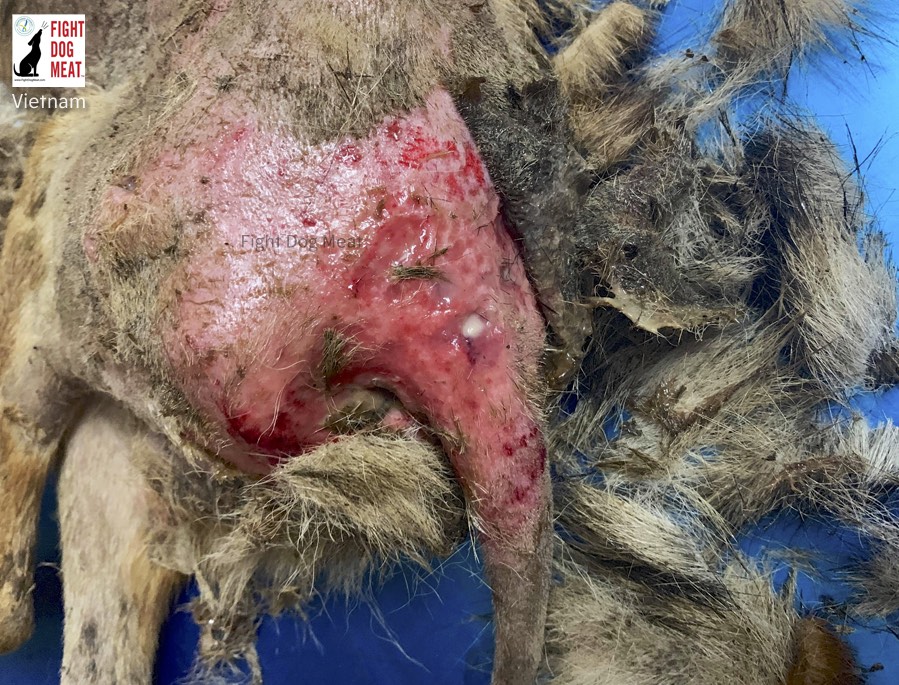 His rear end injuries and infections were even worse when the fur was folded back. 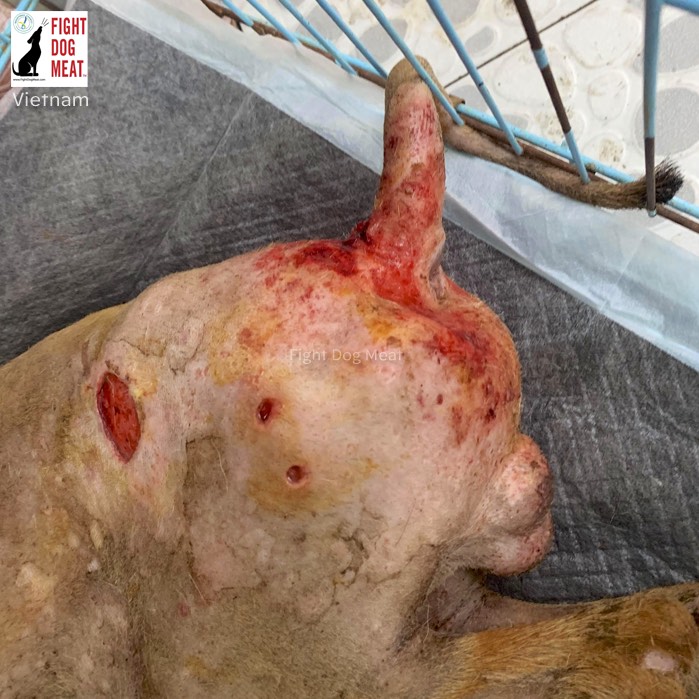 Vets sedated and shaved him to know the extent of his injuries. 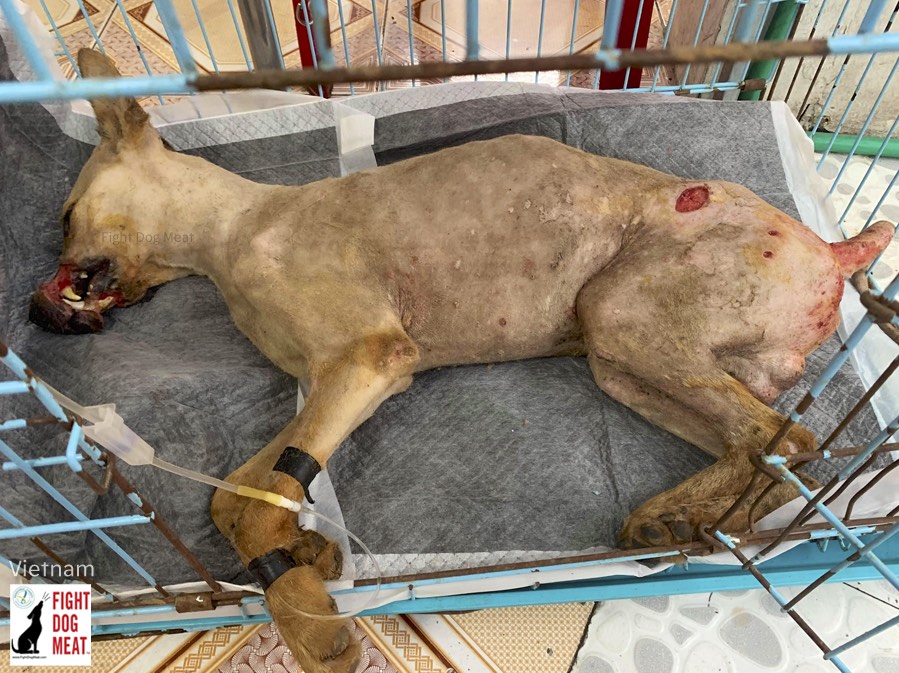 Sedated, shaved and on fluids. 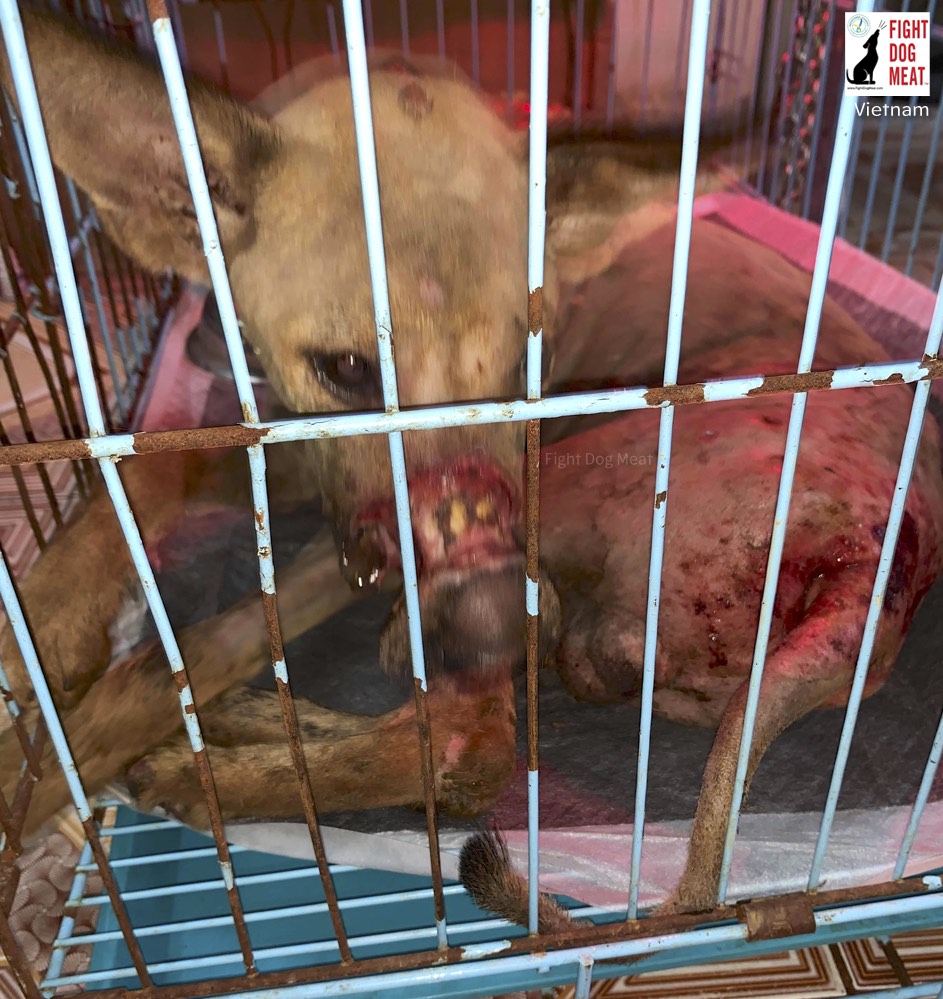 He regained consciousness to find the bindings are off his face. 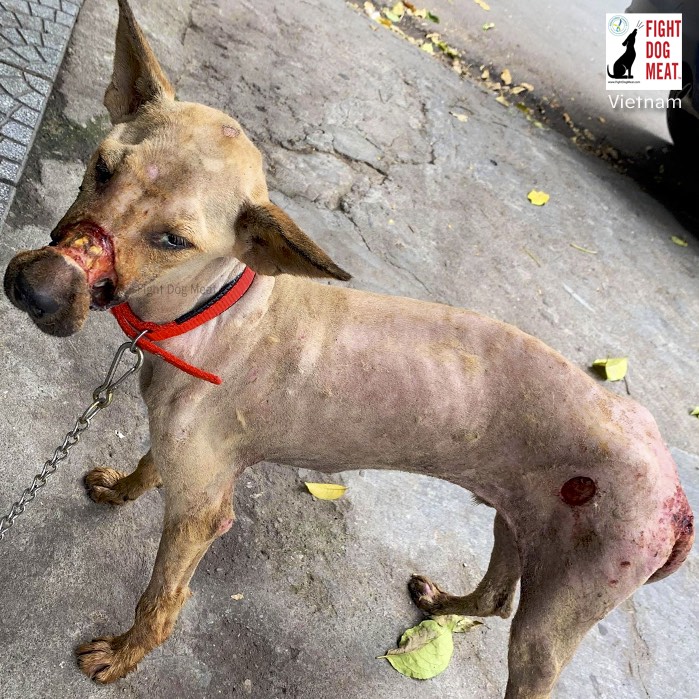 Cooper taking a little walk to get his body moving.

We look forward to Cooper recovering and discovering that he has a wonderful new life to live, filled with happiness and love. We just need him to get well.