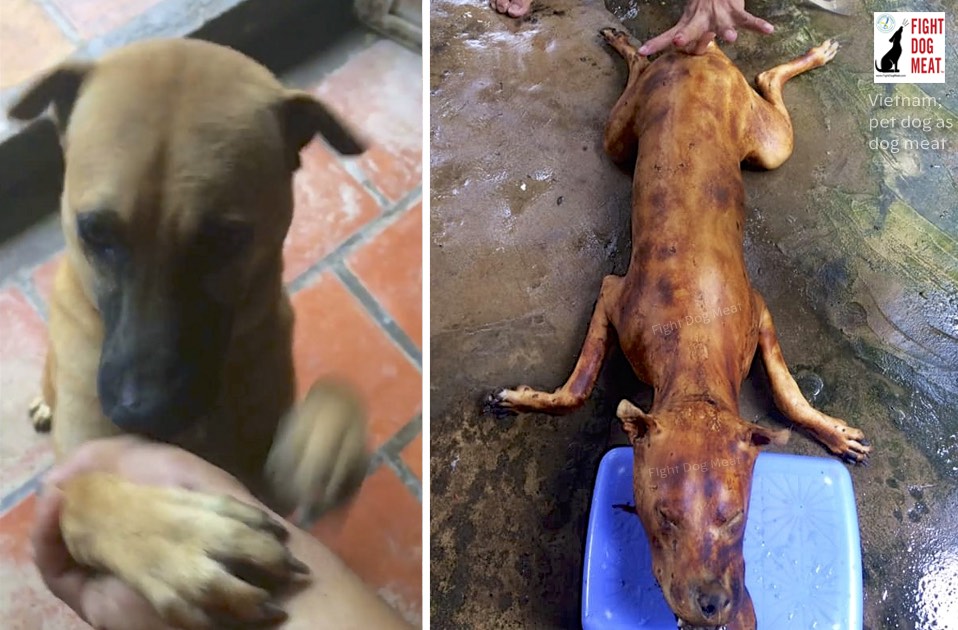 The carefree pet dog in Saigon had no idea he was being betrayed by his owner. The video was taken minutes before he was hit in the head and stabbed in the neck. As he thrashed in the dirt and bled out his blood was collected in a bowl for future use when cooking meals.

A number of dog thieves operating across Saigon have been arrested lately, including a large gang of dog thieves which operated for years. The gang admitted to stealing and killing over 100 tons of dog meat in the first half of this year. They admitted to killing hundreds of tons of stolen dogs for meat over the years.

The dog in the video had not been stolen by dog thieves. The dog thought he had a family who cared about him. He was loyal to them but they repaid him with betrayal and death.

Video: happy pet dog unaware he will soon be slaughtered for dog meat. 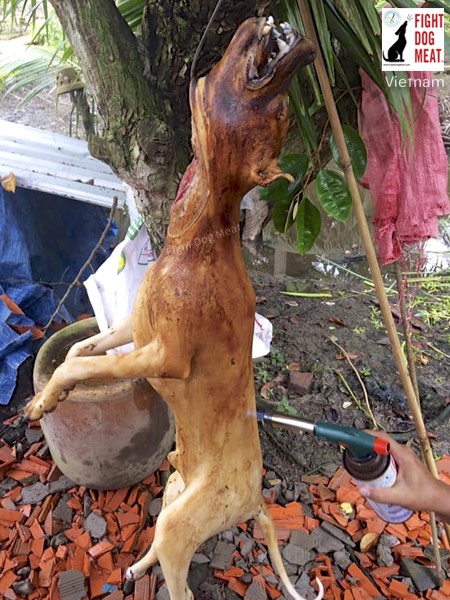 Carefree pet betrayed by his owner and slaughtered for dog meat.

Owner showing off his skills as a butcher after slaughtering his own dog.

If Vietnam would bring in animal protection laws dog and cat slaughterhouses would be out of business and the dog and cat meat trade could be shut down.

Fight Dog Meat will continue to bring you reports from dog and cat meat countries and the wonderful work their rescuers are doing.