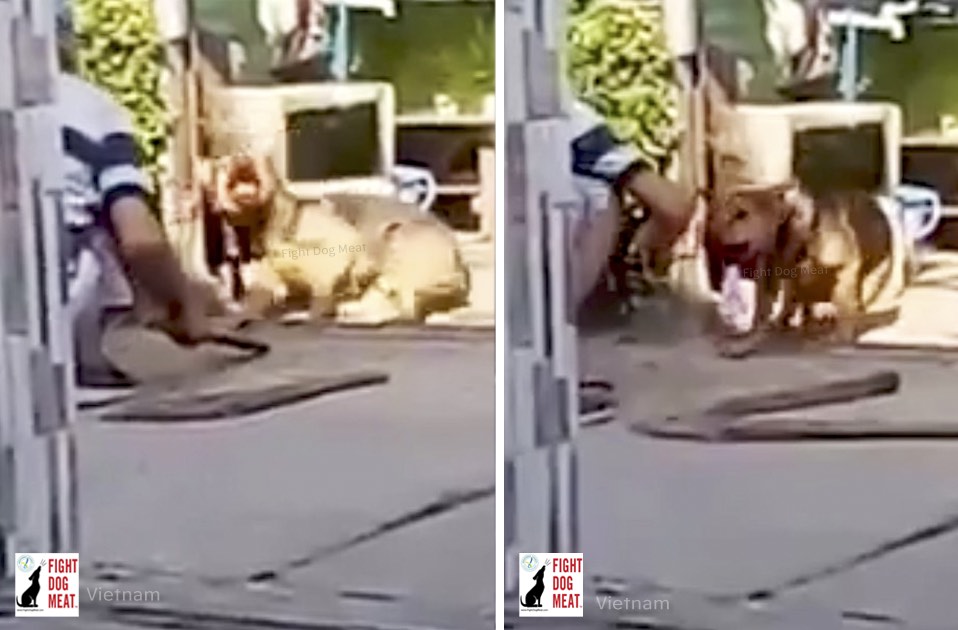 Yesterday this terrified dog was rescued from the monster: his vicious owner who is known to be violent against people and animals. The man has a history of torturing dogs, then starving them to death and throwing them in the river. His immediate neighbors live in terror of this bully thug, but one of the neighbors alerted animal rescuers to try and rescue his latest dog. The owner demanded $87 USD before rescuers were allowed to remove the dog, which is a huge amount of money for a mixed breed dog in Vietnam.

Located in Sa Đec Đồng Tháp, the dog’s owner deserves to have the same treatment done to him. And to be given the same mercy he showed to those he tortured and brutalized. None.

Thank you to the rescue team who successfully pressured the dog’s owner to allow them to leave with his petrified dog. They had to pay him the $87 USD to take the dog to safety. Members of the rescue team showed great patience and control to sit in front of this brute of a man, knowing he tortures and kills dogs. They had to patiently listen to his waffle and excuses and find ways around his ridiculous arguments to extort money out of them.

Well done to the team of Vietnamese rescuers. The dog is now safe with them and will never have to face this bastard again. Now we sit and wait to see if he gets another dog. Vietnam may not have animal cruelty laws but they do have good vigilante justice. 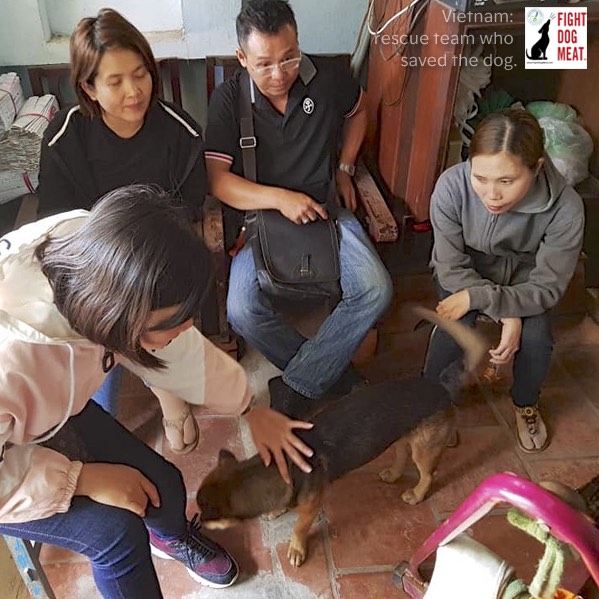 Vietnam: the rescue team who saved the dog.