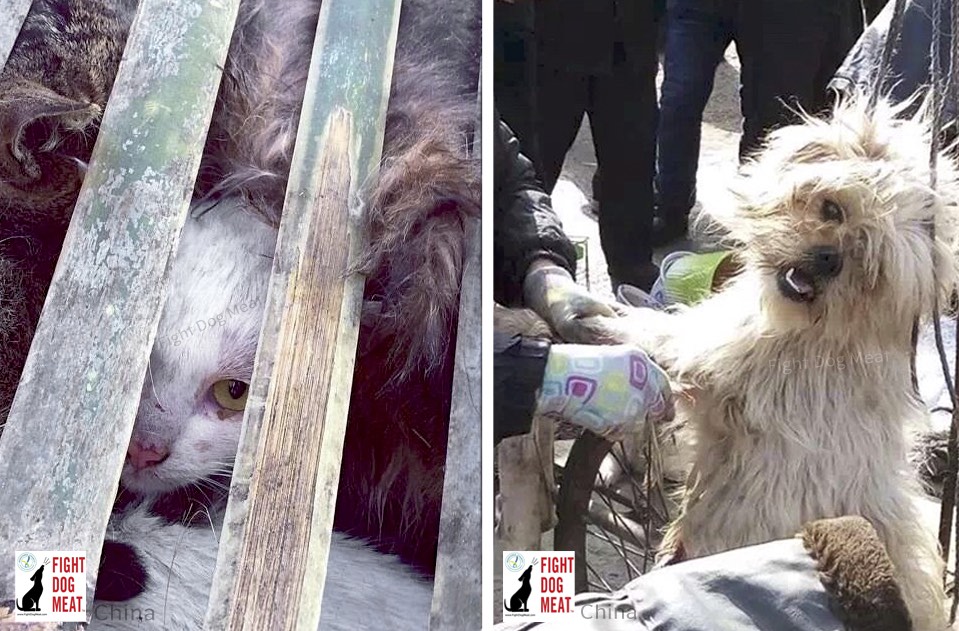 A proposed law is being drafted in the city of Shenzhen which would result in residents being banned from eating dog and cat meat. Shenzhen City is currently running a poll for it’s 13 million residents to voice their opinion for or against, to decide if the proposal should be signed into law. The Standing Committee of the Shenzhen Municipal People’s Congress held a legislative symposium to solicit opinions from relevant government officials on the Regulations For Comprehensive Prohibition of Wild Animals in Shenzhen Special Zone.

The city is acting in response to the COVID-19 epidemic, saying they ‘want to satisfy the daily needs of the people in a modern society.’ Shenzhen City is ‘not’ a high profile location for dog or cat meat restaurants, but Shenzhen City can set the lead for other cities across China to follow their example.

Dogs and cats do NOT appear in the list of edible animals for human consumption. If the legislation is passed it will prohibit eating or selling dog and cat meat. The proposed draft also prohibits snakes, frogs and turtles from being eaten.

According to the People’s Daily China has more than 2,000 kinds of protected wild animal species. A list of prohibited species that cannot be eaten would be to lengthy and confusing; so consequently they produced a list of animal species which can be eaten.

Dog and cat meat has always been a significant health risk to the community. Many criminal element people are involved in the trade of live dogs. Countless numbers of people have become very ill, or even died, from eating contaminated dog or cat meat which had no quarantine inspection prior to or after slaughter. This is particularly serious in a country which has rabies virus!

Read more articles on our website, relating to the COVID-19 epidemic unfolding: