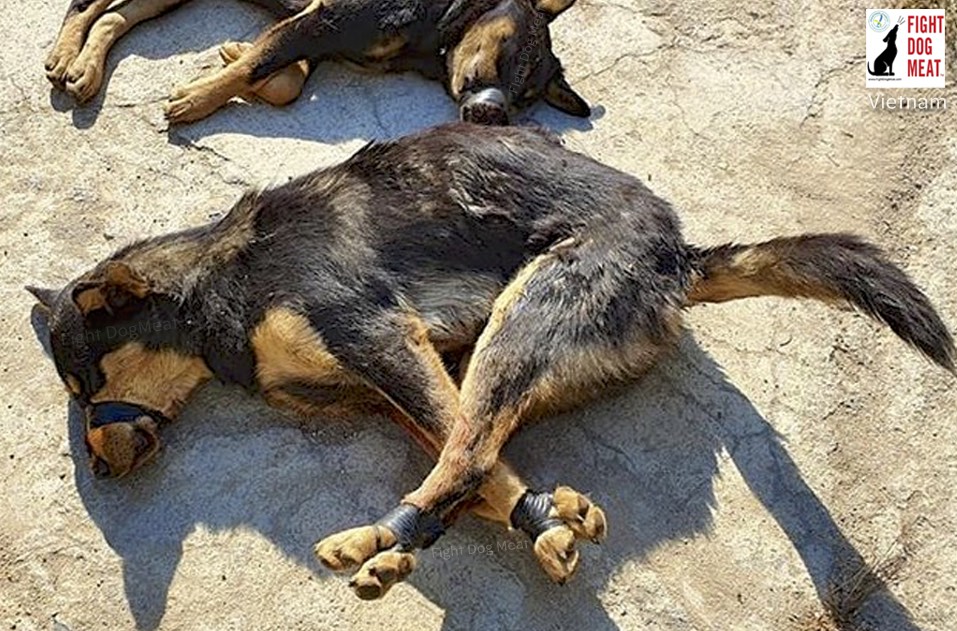 All four legs on each dog were insidiously intertwined and bound to cause as much pain as possible as the dogs thrashed in panic, unable to breathe freely with their mouth and legs bound tight. Look closely at the top photograph. First the dog’s mouth is bound tightly shut so it cannot defend itself. The front paws are bound tightly together, followed by the back paws threaded through the already bound front paws. Then the back paws are tightly bound together. The dogs are pulled into an unnatural arc position placing great strain on their spine, adding to their overall pain.

Police in Sa Thay District, Kon Tum Province arrested the dog thieves with over 20+ live dogs in their possession. We do not know the exact number of dogs seized by police; we only know of the dogs which survived.

A female dog had given birth to a litter of puppies not long before she was stolen. She was ripped from her pups by the dog thieves, leaving her pups to die. Her owners were searching for her when they saw her photograph. The went to the police station with photos of her. They were reunited with their dog and she was reunited with her puppies! Its extremely rare to happy such a happy ending as this. 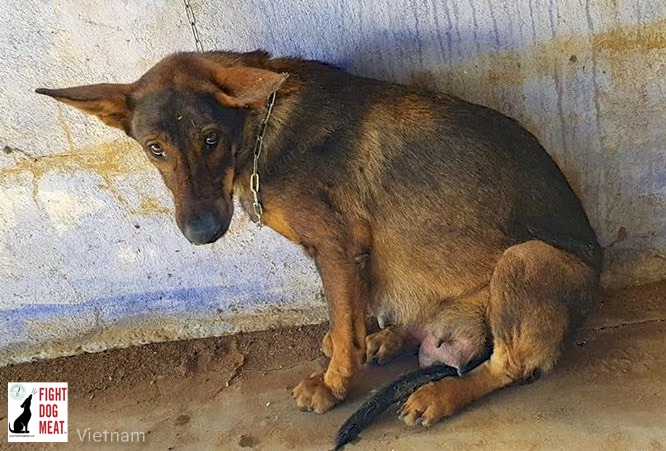 Vietnam: mother dog ripped from her new born puppies by dog thieves, was reunited with her owner and puppies.

Many of the surviving dogs were in great distress. Some carried shocking injuries which had been inflicted upon them by the dog thieves. All the dogs were severely dehydrated and hungry. For some of them illnesses had set in, from the extreme stress and terror. Thank you to Sa Thay District Police Department injured dogs were given emergency medical treatment. 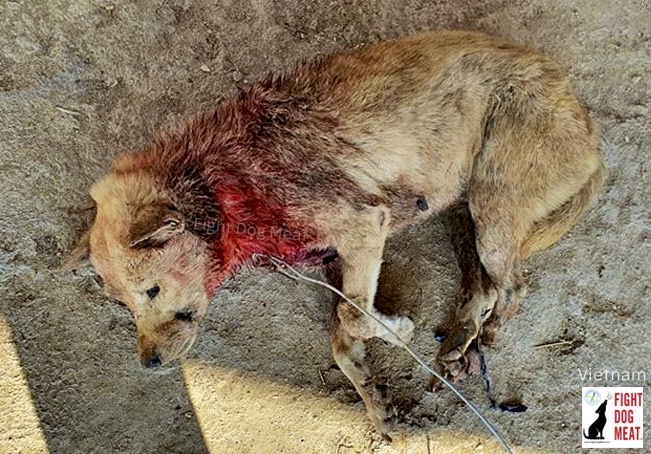 The dogs are being housed inside a large building. Each dog is attached to a long length of chain and has food and water. They’re receiving medical treatment. Sa Thay police are hopeful more owners will claim their dogs back.

As police cut the ties off each dog, one by one the dogs lay in silent terror expecting to die. It will take the dogs a few days of quiet time to realize they are alight. They’re not going to die. 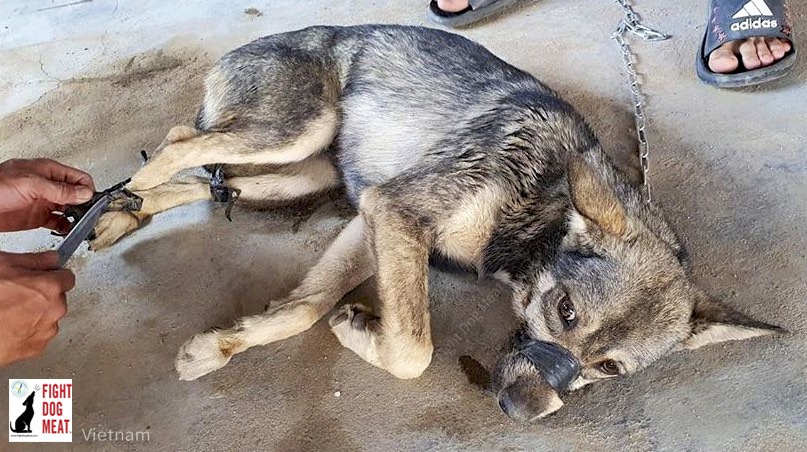 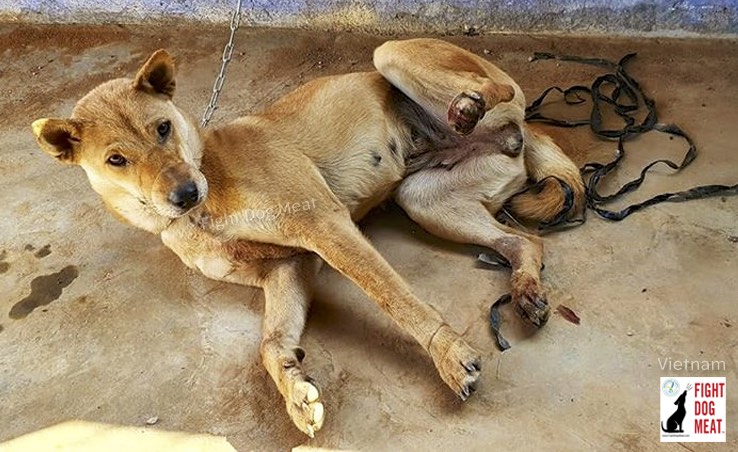 At this stage details on the dog thieves have not been released. This would be to avoid legal complications during upcoming prosecution. In due time details will no doubt be made public by authorities. 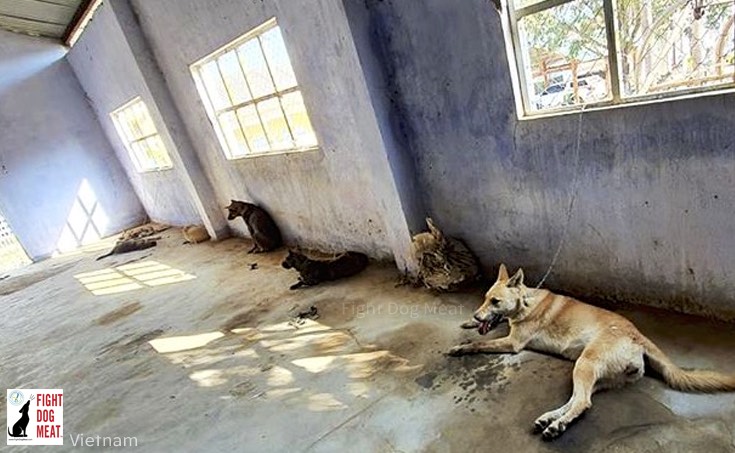