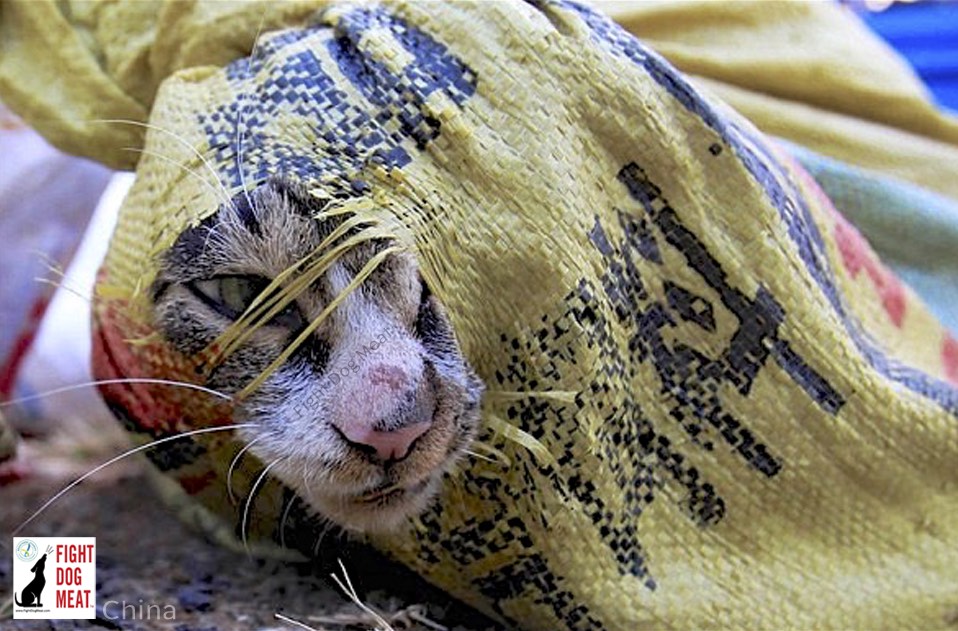 A new animal regulation comes into effect in Gungdong on May 1, 2020.  Congratulations to Guangdong for taking this step forward in helping animals. From May 1 people caught consuming wild animals will pay a maximum penalty equal to 20 times the value of the animal (or related products.) Guangdong Province has issued a new regulation prohibiting hunting and consumption of wild animals.

“Cats and dogs, as pets, have a closer relationship with humans than other animals. The ban on the consumption of pets such as cats and dogs is common in many developed countries and Hong Kong, Taiwan and other regions Practice is also the requirement and embodiment of modern human civilization,” said a spokesperson for the Shenzhen Standing Committee.

“The Catalog of edible animals plays a guiding role. Animals such as horses, camels, sika deer, red deer, mink, raccoon dogs, and bees in the catalog are mainly for medicinal or other economic purposes. In the future, if the relevant national catalogs are revised, the range of edible animals in Shenzhen will be adjusted accordingly,” said the spokesperson.

The list of livestock for human consumption was produced by the Standing Committee of the Shenzhen Municipal People’s Congress who held a legislative symposium to solicit opinions from relevant government officials on the Regulations For Comprehensive Prohibition of Wild Animals in Shenzhen Special Zone.

Guangdong’s new regulation was voted through by the province’s legislative department on March 31st. The regulation also includes restrictions on keeping pets. Wild animals like birds and reptiles, or other animals that are deemed to be a risk to public health, or pose an ecological hazard can no longer be kept as pets.

Noticeably missing from the list of edible animals are dogs and cats.

Dog and cat consumption are delegated into the prohibited list of animals. According to the People’s Daily, China has more than 2,000 kinds of protected wild animal species. A list of prohibited species that cannot be eaten would be too lengthy and confusing; so consequently they produced a list of animal species which can be eaten.

Fight Dog Meat welcomes this regulation and hopes it will be upheld and enforced!

Violations of the Regulation are subject to administrative punishment. Information on illegal behaviors will be included in the public credit information system. Relevant departments will punish according to law and they will be held criminally responsible.

Will the regulation be upheld?

By law each dog truck loaded with live dogs in China is required to have paperwork for the origin of every dog on the truck. If no paperwork can be produced the truck is supposed to be put into 21 days quarantine to allow the driver to produce the paperwork, or pay the total cost of quarantine for each of the dogs throughout the 21 day period. The driver also has the option to surrender the dogs at any time during the 21 day period. How many times have we seen loaded dog trucks stopped, only to be let go by authorities to continue onto slaughterhouses? How many times have we seen loaded dog trucks taken into quarantine, and days later without warning be escorted back onto the road by authorities?

Having the new regulation is great but it must be implemented and upheld in the face of adversity from dog traffickers, dog traders and so on. We remain cautiously optimistic that the committee will be strong enough to stand firm in their conviction to enforce their new regulation.

Only time will tell if other provinces in China will follow suit. We certainly hope so.
Read More: the proposal of this regulation, drafted in Shenzhen in February.