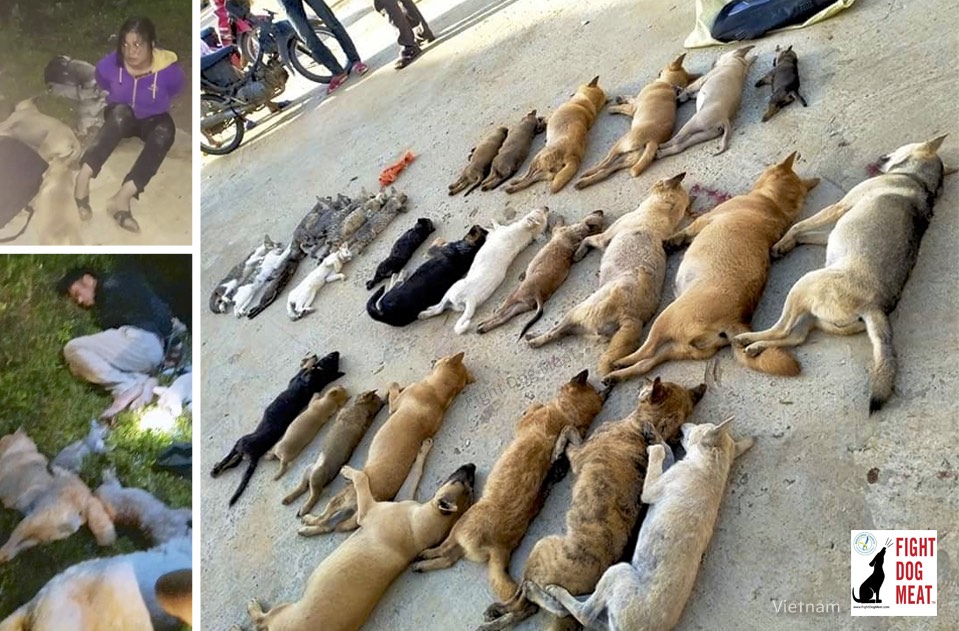 Dog thieves in Thanh Hoa were caught red handed poisoning dogs and cats. The man and woman were arrested by Thanh Hoa Police after stealing and killing 21 dogs and 9 cats. A lot of the dogs were pregnant females and a number of dogs were wearing house collars. Some of the poisoned dogs were puppies, murdered alongside their mothers. The thieves tried to conceal the animals by stuffing them into large sacks on their motorbikes. 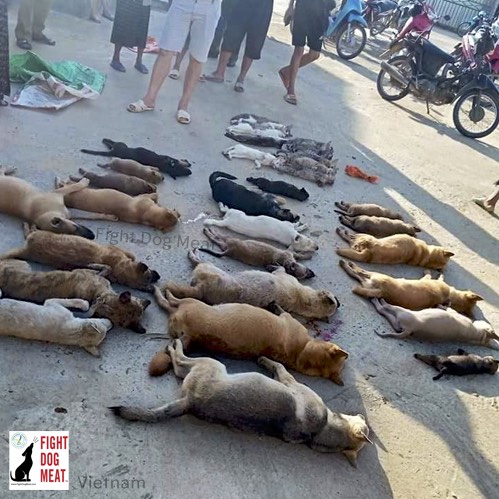 21 dogs and 9 cats poisoned by the two dog thieves.

The man and woman admitted to using poisonous baits to kill as many dogs and cats as possible, to sell the carcasses for dog and cat meat. Thanh Hoa is located out of Hanoi. 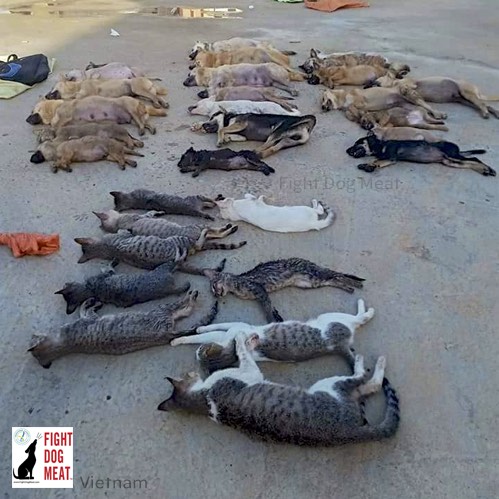 21 dogs and 9 cats poisoned by the two dog thieves.

More information on this case will become available to the public when police go to court to prosecute the two dog and cat thieves.

Fight Dog Meat is a Registered Charity. We work with a number of animal rescue teams in dog and cat meat countries, including China and Vietnam. Due to Covid-19 flight cancellations Fight Dog Meat has a number of rescued meat dogs in hospital and in rehabilitation. Until international flights start up again we’re under great financial strain to maintain our rescued animals. FDM is still accepting critically injured meat dogs; if we don’t they will die! Many of our dogs have some of the worst injuries in the meat trade. Please consider helping us during this special time.