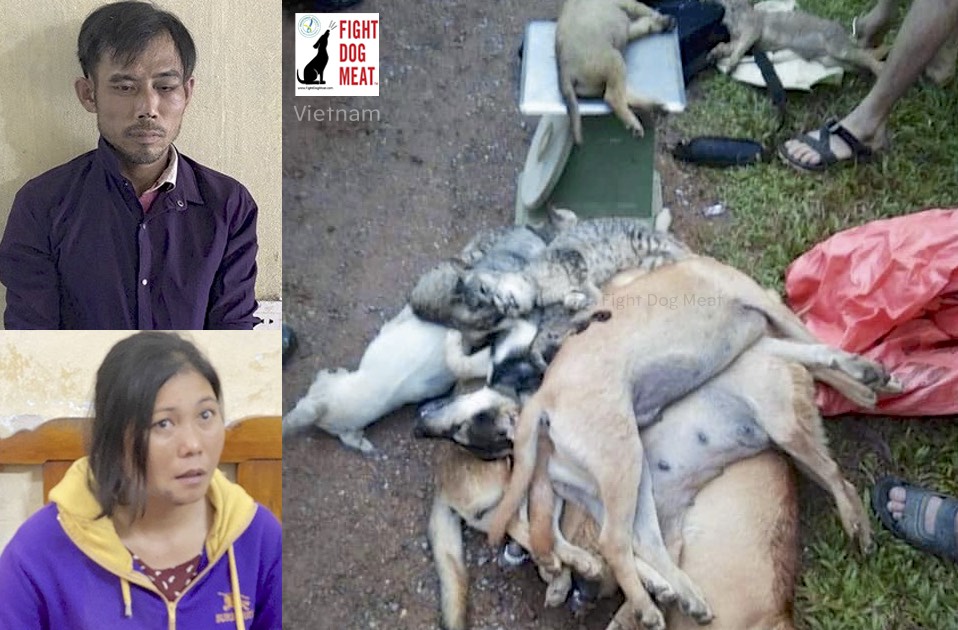 The husband and wife dog/cat thieves used cyanide baits to kill the stolen dogs and cats, to sell them for meat. They were arrested by Nhu Xuan police in Thanh Hoa commune, with 21 stolen dogs and 9 stolen cats plus a large number unused cyanide baits. All the dogs and cats had been poisoned with cyanide, causing horrific painful deaths. Many dogs were heavily pregnant and some young puppies died next to their dead mothers.

Nguyen Van Phuong, 43 years old and his wife Hoang Thi Phuong, 35 year old, are both from Hai Duong province. Under police interrogation both thieves admitted to renting a house in Van Thang commune, Nong Cong district. Police raided the property and uncovered 100 grams of unused cyanide and 3 kilograms of dried fish, for making baits to kill dogs and cats for meat.

The property was used as a slaughterhouse and hoarding dungeon for stolen dogs and cats, to keep them hidden as they accumulated numbers of animals to sell to others. At the premises police saw discarded internal organs from slaughtered dogs and cats and multiple fridges. Under police interrogation the pair said specialized vehicles are used to transport their dog and cat meat to Hung Yen for human consumption. 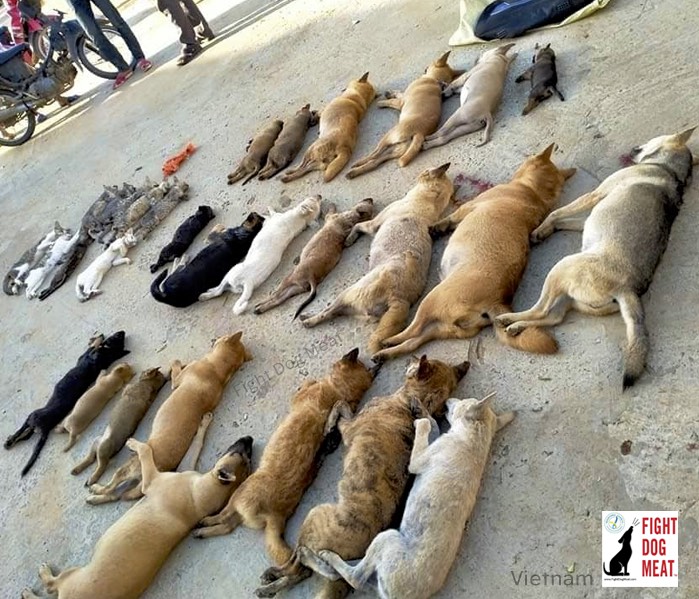 Vietnam: 21 dogs and 9 cats stolen and killed by the husband and wife team.

Nhu Xuan Police investigations are underway to apprehend other gang members of the same dog and cat theft operations network.

Fight Dog Meat is a Registered Charity. We work with a number of animal rescue teams in dog and cat meat countries, including Vietnam and China. Due to Covid-19 flight cancellations Fight Dog Meat has a number of rescued meat dogs in hospital and in rehabilitation in Vietnam. Until international flights start up again we’re under great financial strain to maintain our rescued animals. FDM is still accepting critically injured meat dogs; if we don’t they will die! Many of our dogs have some of the worst injuries in the meat trade. Please consider helping us during this special time.