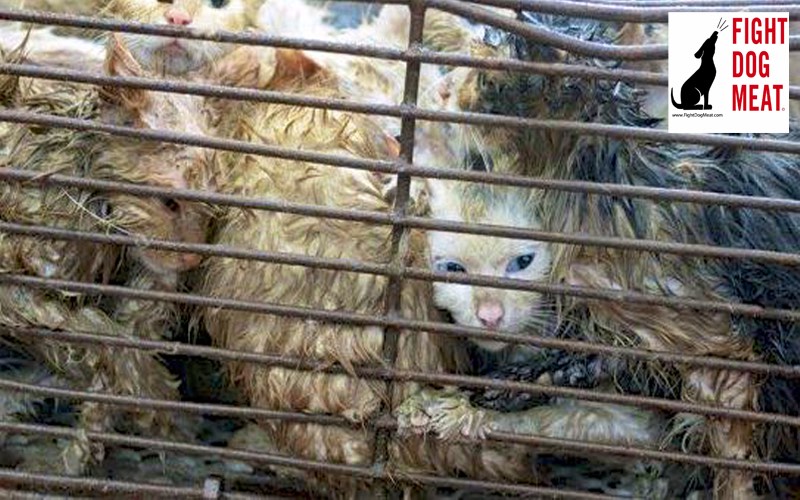 Breaking news: on Thursday July 14, 2016, Vietnamese officials will crush or burn half a ton of live cats and half a ton of live chickens, in the northern province of Quang Nin. The cats and chickens were seized from two trucks which were smuggling animals from China, into Vietnam. Neither driver could produce documents for their consignments, so therefore Vietnamese law stipulates illegal goods be destroyed by crushing or burning.

Vietnam does not have animal protection laws and consequently does not recognize animals as sentient beings, able to perceive of feel things, therefore the animals will be treated as objects. In January 2015 one ton of live cats were seized in Hanoi, Vietnam, after being trafficked from China. The cats were unloaded from the truck, and still entombed in the bamboo cages, the loaded cages were laid out in a line on the road.

Tip trucks were brought in and they drove up and down the line of load cages of live cats, crushing and maiming the cats, as directed under Vietnamese law. It was horrific beyond description. This same horror show will be repeated gain as this current haul of cats and chickens are crushed under truck tires.

This last truckload of cats were seized at midnight on Tuesday and the chickens the next morning. Neither driver could produce any documents for the consignments, which were being smuggled to supply restaurants. The total value of the animals in Vietnam is around VND45 million, or more than US$2,000.

The confiscated cats remained entombed in their bamboo cages, over crammed, with no food or water. Diseased, dying and dead cats lay among survivors trapped in a living hell. These cats and chickens have suffered enough, yet on Thursday the remaining survivors  suffered a shocking death. Death is their friend, to bring an end to their gruesome suffering.

Vietnam is one of the main cat eating countries in the world. Thai Binh and Nam Dinh Provinces are Vietnam’s biggest markets for cat meat, were it is considered a delicacy and served at festive occasions such as weddings. Cats are eaten for a myriad of falsely believed reasons in Vietnam, for things such as warding off back luck, giving the eater cat-like agility, and so on.