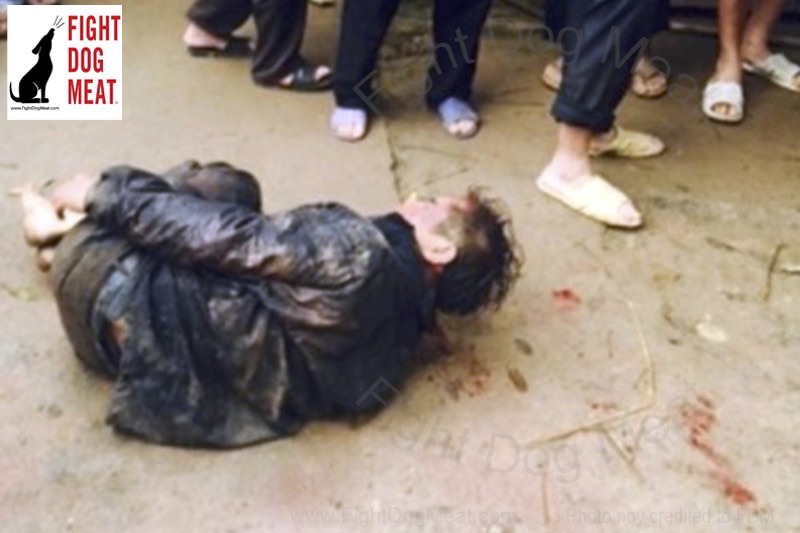 Vietnam serves vigilante justice against dog and cat thieves and asks questions later. Local pet owners are vocal that if you are caught stealing their pets you will be met with force, which is what took place again, just a week ago.

Two weeks ago a 47 year old man, Vo Van Tinh was seen stealing a dog around noon on Tuesday in Bac Giang province, Northern Vietnam. In a motorbike chase along the roads, several angry residents set off in pursuit of Tinh who was attempting to flee and loose them.

During the hot pursuit, Tinh fired multiple shots from his pistol at his pursuers. Although no bullets struck the pursuers, being shot at enraged them even more.

Tinh crashed his motorbike and ran for his life into a canal, but was now being chased by a full-blown mob who caught the dog thief and dragged him to dry ground. Members of the mob took turns to beating the dog thief to a pulp, before phoning local police to arrest him.

Police took Tinh to hospital but he did not survive his injuries, inflicted by the angry mob. Dog thieves know the risk associated with stealing local people’s loved pets but are willing to risk their life to make a few quick dollars, selling stolen pets to dog and cat butchers.

Vietnamese law only imposes criminal charges upon stolen dogs with a value of VND2 million or above, which places many local pet owners at a loss because although their pet is a loved member of their family, it is not an expensive pure-bred dog with registration papers to prove ownership and monetary value.

Consequently, police only offer a slap on the wrist to the dog thief, who goes out and steals more pets, causing more anguish and heartache.

More and more tourists find it funny to sample dog and cat meat and post videos of themselves on your tube, to encourage their friends to do the same. Alarmingly, many of these tourists are pet owners.

Tourists eating dog and cat meat are supporting the brutal trade, despite the extreme cruelty involved. Many tourists justify their actions by quoting misinformation about the trade. The dog and cat meat trade is ‘not’ tradition nor cultural – it is blatant animal cruelty.